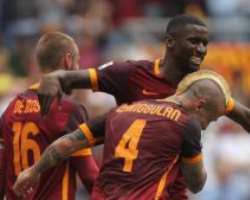 Antonio Conte has told Chelsea owner Roman Abramovich that his squad requires major surgery if it is to challenge for the Premier League title again, according to reports.

Conte had an informal meeting with the Russian owner at Chelsea's state-of-the-art training complex in Cobham, where Abramovich offered the Italian his backing, The Times reported.

Conte has seen his side fall to two consecutive defeats in the past week, against Liverpool and Arsenal , seeing the club slip to eighth in the Premier League, already eight points behind Manchester City.

Conte is believed to have handed a lengthy list of transfer targets to the hierarchy at Stamford Bridge when he arrived from managing Italy at Euro 2016.

But despite spending more than £60 million ($78 million) on defenders David Luiz and Marcos Alonso on transfer deadline day, only one of Conte's hand-picked targets was captured.

N'Golo Kante, the industrious midfielder, was signed from champions Leicester City for £30 million ($39 million) but is still bedding into a slightly different role to his time at the King Power Stadium.

Reports claim Conte has told Abramovich that Chelsea's stars who lost their form last season are unlikely to rediscover the quality that won the Premier League title under Jose Mourinho in 2015.

Abramovich is believed to be willing to bankroll transfers as soon as January when the window reopens, with Conte keen to add a creative midfielder.