After Pep, Raneri also buries the hatchet with Mourinho 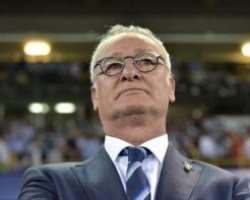 Claudio Ranieri has become the latest Premier League manager to bury the hatchet with Jose Mourinho, with the Italian describing his feud with the Manchester United boss as “prehistoric” ahead of Leicester City’s trip to Old Trafford on Saturday.

The Portuguese called Ranieri “a loser” when he replaced him at Chelsea during his first stint in England, and their relationship deteriorated further when they were both managing in Serie A.

Ranieri, who led rank outsiders Leicester to a title triumph last season, insisted the past was dead and buried and he was willing to share a glass of wine with Mourinho after the game.

“It’s prehistoric,” Ranieri told reporters at a news conference. “It was a long time ago. It’s normal (now)… I love red wine, and if he offers I will go and drink it with him.”

Guardiola and Mourinho’s relationship stretched to breaking point when they were in charge of Barcelona and Real Madrid respectively, while the Portuguese described Mazzarri as a hard-working donkey when the two were rivals in Italy.

United go into the Leicester game after suffering consecutive league defeats by City and Watford, but beat Ranieri’s team the last time they met — in the Community Shield in August.

“He is a great manager, intelligent and a fantastic person,” Ranieri added.

“Every manager has his (rule) book and sometimes you need to do this (criticize),” he said.

“Sometimes, maybe not here, but at another team, also I push to provoke the reaction of the player. There’s always a psychology.”