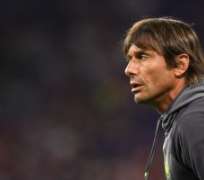 Kone and Benfica’s Victor Lindelof remain on the radar with Napoli reluctant to sell Koulibaly “until they find a replacement,” according to Simon Jones of MailOnline . Jones also noted how any interest in Kone will face competition from fellow Premier League side Everton : “Chelsea’s new interest in Kone could see them come to heads with Everton again with Ronald Koeman hoping to sign the 27-year-old Ivorian having submitted an £18 million bid.”

Still, Chelsea ultimately remain confident of eventually signing Koulibaly , per Simon Johnson of the London Evening Standard. He’s pointed out how the Blues have already had a £42 million offer turned down, but the player remains determined to leave Italy’s top flight: “ Koulibaly has made it clear to Napoli that he is not interested in a new contract and is keen to move to Stamford Bridge.”

Chelsea were also credited with a £38 million offer earlier this summer, according to Sky Italy (h/t Sky Sports ).

It makes sense for the Stamford Bridge club to remain committed to adding a marquee central defender this summer. New manager Antonio Conte has often favoured playing three at the back, but he finds question marks about his incumbent options.

Conte ‘s squad needs a natural focal point at the back. Ultra-physical and aerially dominant Koulibaly has all the attributes to be that talisman.

Romelu Lukaku Move Expected This Week
Chelsea’s protracted pursuit of former prodigy and current Everton striker Romelu Lukaku is reportedly expected to come to an end soon, per the Sun‘s Gary Stonehouse : “Everton forward Romelu Lukaku  looks set to return to Chelsea this week, although the two clubs are yet to agree a fee for the Belgian, and his departure would leave Ronald  Koeman 's side short of firepower.”

It’s a bold claim since other reports have hinted the Toffees are preparing to offer Lukaku a new contract, according to David Woods of the Daily Star, who also noted how Everton ‘s demands are making any deal difficult: “But majority shareholder Farhad Moshiri has priced Lukaku out of the market by demanding £10 more than Chelsea owner Roman Abramovich was prepared to pay.” Scott Heppell/Associated Press
Lukaku reportedly has his mind set on returning to Chelsea.

However, Everton ‘s hardball stance may struggle to work if Lukaku is intent on returning to west London. Apparently, that’s exactly what the 23-year-old striker wants, per Johnson .

Would Lukaku be a success in his second Chelsea spell?

Conte has already added Lukaku ‘s international team-mate Michy Batshuayi to his forward line this summer. But he needs another prolific source of goals to really make his preferred 3-5-2 formation work.

Lukaku would fit well after progressing at a rapid rate during three seasons on Merseyside . His pace and power remain intact, but his movement and eye for goal have improved considerably.

If Conte can add some star power to both his defence and attack, Chelsea will look like viable title contenders in the new Premier League season.