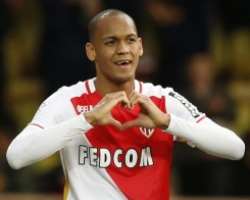 MANCHESTER UNITED are closing in on the signing of right-back, Fabinho, according to reports in Brazil.

Jose Mourinho is a fan of the 22-year-old Monaco ace he worked with at Real Madrid .

And reliable Brazilian daily, globoesporte , claim the pair could soon link up again at Old Trafford.

Fabinho moved to the Bernabeu in Mourinho 's first season, but only featured for the 'B' team.

The Portuguese boss' replacement, Carlo Ancelotti , sent him on loan to Monaco for two seasons.

Fabinho eventually joined the French side permanently last season — where he scored eight times in all competitions.