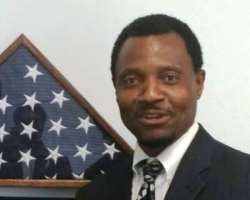 quantum leap in the remaking of Nigeria's oil and gas industry, if and

when it becomes the law of the land.  Some Nigerians deemed the bill

distortions.  One thing for sure, the government of Nigeria must be

in the most important sector of Nigerian economy.  The bill is not

perfect; nevertheless it will re-launch the deteriorated sector into a

solidify reformed and streamlined entity.
The PIB must be balanced and made attractive to investors by incentivizing

it without jeopardizing and compromising the spirit and integrity of the

bill.
The PIB must be adjusted, refined and consolidated to become the perfect

bill for a constructive reform is needed in the oil and gas industry.

Some adjustments and adaptations are necessary to satisfy and clarify some

impending edges of the bill.
Since the discovery of oil in Nigeria by Shell- British Petroleum in 1950,

Nigeria has made billions of dollars, yet the country accrued one of the

worst indexes of misery. Over 70 percent of Nigeria lives in abject

poverty, struggling to provide their families with three square meals.

The electricity and modern infrastructures are pipe dream. The wealth of

the nation has been siphoned to foreign and off shores accounts.  The

worst of all, the environmental degradation brought by oil exploration and

the subsequent health problems have approached an explosive dimension, an

without  a doubt, a reform is needed, but is PIB capable of ushering in

the requisite reform?
The PIB is intended to rescind and replace the below current laws in the

therefore we rightly welcome the PIB.  But wait a second!  Let's put this

PIB in perspective. How is going to benefit average Nigerian and what are

the structures put together to make sure that accumulated revenues and

taxes are channel to building the necessary infrastructures for economic

development.  The key point for PIB is to reform the petroleum industry

and raise quantifiable fund to develop the country.

accumulate more revenues from the  industry partakers and participants

SA,  Eni SpA, who produce around 90% of Nigeria's oil through several

oil and gas sector of the economy. The bill stipulated that the taxation

drilling at 25 percent.
Extracting and exerting such a huge levy on the oil companies may sound

tantalizing and satisfying but the possible downside must be considered

and evaluated.  Since most of the financing of the high intensive projects

in the sector are done by these big oil companies, it is necessary to

tread carefully. As Mark Ward, the managing director of ExxonMobil's

allowances or incentives all at the same time,' will make Nigeria 'one of

the world's harshest fiscal regimes.'
Ward's criticism cannot be wave off easily, without a detailed

examination, but that does not entails that his argument is 100% correct.

high taxes probably will not incentivize those international oil companies

operating in Nigeria to further investment in the country.

Nigeria failed woefully to utilize the accumulated revenue from the oil

industry to develop the industry. There by relying on foreign capital from

the big oil companies to play the critical role in the extraction,

drilling and development of the industry.  The best thing for Nigeria to

percentage.  The good window is that the gradual increases of the taxation

has a lower and lessen impact on the companies, inducing the receiving of

the burden in good faith. This will also send the message that punitive

action is not intention of the petroleum bill, that we are all together in

the struggle to develop the industry.
Other aspects of the PIB were encouraging including the total deregulation

of the downstream drilling.  My idealistic wish is that there comes a day

that Nigerian government will totally withdraw and disengage from the

participation in the oil and gas industry.  The only supposedly function

and bought over by local investors.  But until we get there, Nigerian

government must concentrate and direct her resources in developing the

industry with verifiable and strong local content.
Bitumen or Asphalt inclusion as a petroleum product is not a stretch as

opposition members of PIB chose to ferment.  Although the bituminous

broaden revenue collection, the government  is entitle to making the

inclusion, provided that it will not hamper the attraction of  investments

in the industry.
The section of the PIB that empowered the minister of petroleum and the

president to issue drilling licenses may be further elaborated with

conditional ties and modus operandi to ensure that biases, mediocrity and

nepotism will be checked with transparency.
Emeka  Chiakwelu, Principal Policy Strategist at AFRIPOL. His works have

important journals around the world. His writings have also been cited in

many economic books, publications and many institutions of higher learning