All Of A Sudden Nothing Is Working – A Rejoinder 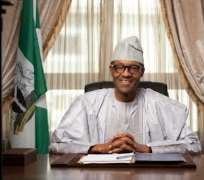 I have just finished reading the piece by Mr. Tunde Fagbenle with the above title. I could not resist writing this rejoinder because I found his view in the piece not just interesting but also annoying. I found it very interesting that he has come out to admit what the followers and the “water carriers” of President Mohammadu Buhari have been saying behind the doors because of shame and regret while they go from door to door defending series of indefensible in the public.

I found it interesting that Mr. Fagbenle is balking at his ilk’s false propagation of Buhari’s sainthood “so soon.” They called him the “messiah” and the “savior” of Nigeria. It is interesting that Mr. Fageble is not willing to wait till at least one year anniversary of the tragic day when President Buhari’s second coming took off. It is interesting that he believed that he could take some of us for a ride – that he is just seeing the light - when this is not the case. He knows it and those who have been reading his contributions know it too.

Mr. Fagbenle is a man of letters. He is by every means a tutored man. I do not know much about him except through his writings. His writings without any doubt convey a mind that is gifted with intellect, circumspection and insight. He understands that two plus two must equal four in simple arithmetic.

He also knows that when two plus two is not equal to four, then jibiti or 419 is involved. So, to come out with the article under reference that he is surprised about the incompetence and the concomitant collapse being manifested by President Buhari, is an insult to those who have been reading him.

The truth is that Mr. Fagbenle is part of the group who sold the idea of Buhari as President hook, line and sinker when in fact they knew he has not the intellectual wherewithal to captain the ship of Nigeria. They dressed him in deceptive drapes of adequacy, insisting that he is “the man for the job.”

They knew that his trajectory did not justify the confidence with which he was being invested. They were aware that then candidate Buhari would not be able to do the job. When Mr. Fagbenle and his fellow travelers were supporting Buhari, they knew what they were doing but they had different calculations. So far the calculations have not worked out.

It is weird that someone of Mr. Fagbenle’s erudition, intellect and circumspection could not figure out that someone such as Buhari who could not produce his certificate for the West African Examination Council (WAEC) would be able to correct all the anomalies in Nigeria and save the country. It is weird that Mr. Fagebenle who is not young by any means could pretend not to know the history of Buhari during his first coming. If he did, it is weird that Mr. Fagbenle could ignore all the facts available and helped advance the falsehood of Buhari’s sainthood.

In an obvious contradiction, Mr. Fagbenle noted that the idea of a “new sheriff in town” helped to stabilize the supply of power by the electric companies. He praised Buhari for the “sheer attitudinal change by the same people who have over the years without compunction frequently thrown us into darkness” arising from ‘fear’ of the new Sheriff!”

When Nigerians thought they had honest, serious and competent leader in Buhari’s first few weeks, they changed their attitude and things seemed to work as Mr. Fagbenle pointed out. But as soon as Nigerians found out that they have been sold a fake as a saint, they quickly reverted to their previous behaviors. Nigerians quickly figured out that Buhari was not the messiah they have been waiting for. Buhari proved that he has not been worthy of the trust, confidence and hope invested in him. Even, Mr. Fagbenle’s friend described Buhari as a “lame dog that no one fears anymore and can be safely patted on its head even by strangers!”

Then Mr. Fagbenle put forth the obvious that “Very clearly PMB seems overwhelmed by the enormity and complexity of the problems at hand.” The question here is that is Mr. Fagbenle just finding out that Nigeria’s “problems” are of great “enormity and complexity?” Did he not know this when he was singing the praises of Buhari in the days and weeks leading to the last convention of the APC where a different candidate could have been chosen to replace the hapless Goodluck Jonathan?

How could he still insist that “the problem of Nigeria is not Buhari” when Nigerians have reverted to their old ways after discovering that Buhari is a toothless bulldog of a president? Why is it difficult for Mr. Fagbenle to see that Nigeria’s need is really a serious and competent president with know-how in the basics of governance? He complained that the Buhari’s administration is giving “excuses” but he is also giving excuses for the failure of the Buhari’s incompetence by rationalizing that “Buhari is of the old conservative mold.” Pray, what is Buhari conserving now?

There is no doubt that there exists in Nigeria in general and Yoruba land in particular a group of writers, intellectual leaders and professionals who are secret sympathizers of Tinubuism – a mercantilist political philosophy – that has as its only purpose the pursuit and attainment of political power for the sake of sundry interests cocooned as national interest. They are collaborators with the leading lights of Tinubuism to mislead the Yoruba Nation and by extension the country called Nigeria in putting forward Buhari as the president of a complex country called Nigeria.

This class of intelligentsia and the diabolical political class from Yoruba land, swept the atrocities of Buhari against the leaders of Yoruba during the Second Republic under the carpet. They allowed him to get away with it without any public apology to the Yoruba Nation. They confused, misled and miseducated the youth and sold Buhari to them as a “Saint” who would clean the Augean stable of corruption in Nigeria. This group consciously glossed over the corruption, incompetence, injustice, unfairness and deceit that have characterized the personal history of Buhari and deodorized him as a messiah that would clean up Nigeria.

In the days leading to the last APC convention in Lagos and the 2015 Presidential Elections, it was apparent that what was happening is what Ambrose Bierce in his 1911 The Devil's Dictionarydescribed as “A strife of interests masquerading as a contest of principles” and since Buhari took the reins of government in 2015 there is no doubt that we have been witnessing “The conduct of public affairs for private advantage.”

The APC political leaders in Yoruba land and across Nigeria as well as their collaborators who are writers, professionals, their sentries in academia, their moles in intelligentsia, literati and the glitterati began to manifest bankruptcy of character and integrity as they “change their party for the sake of their principles” (if at all, they had any), while others “change their principles for the sake of their party,” apology to Winston Churchill. Questions began to be asked as to what is going on? Critical minds saw the absence of principle and aridity of ideology as well as aggressive pursuit of odious economic gains and political power at all costs.

This group and their political collaborators knew all the atrocities of Buhari, but they did not care. They were hoping they could use Buhari to attain power and then hold him hostage to be able to achieve their diabolical objectives. The leading lights of Tinubuism were warned including the man after whom this noxious political ideology is named. Their intellectual sentries were warned. History was presented to them as guide. They were advised against making a terrible mistake that would come back to haunt Nigeria in general and the Yoruba in particular.

They were all warned and advised against choosing Buhari as the then candidate of the APC. But they insisted because obviously they had some secret plans. The leading lights of Tinubuism and their sentries were gallivanting all over, beating their chests and boasted as being the best “political strategists” God ever created. They ignored history. They corralled all those who for good reasons could not publicly endorse Buhari to do so. They spread enough “good will” around to win support for “Sai Baba.”

It is not true that “All of A Sudden Nothing is working,” as Mr. Fagbenle posited. The fact of the matter is that nothing ever worked since Buhari has taken the reins of power. Nigeria is in comatose. Hunger is all over the land. Food is getting costlier. Petrol is getting scarce. Schools are dysfunctional. Hospitals are slaughter slabs. People are dying. Investors have fled the country. The Naira is in free fall. Kidnapping is on the rise. Boko Haram is still a threat. Buhari is denying all the promises he made during his campaign. Corrupt elements filled the crannies of his government. Under his nose the 2016 budget was corruptly padded.

The plan of Tinubuists and their collaborators has not worked. It has failed. Woefully too. It has backfired. All those who played a role in foisting Buhari on Nigeria must stop giving excuses for the failure of Buhari that was not unexpected. It is time they begin praying for forgiveness for knowingly leading Nigeria down this path of certain failure. They knew and still know that Buhari did not and still does not have the know-how to take Nigeria out of the present morass. When they pray, they should pray for more than forgiveness. They should indeed pray that Nigerians do not come after them for bringing the Buhari curse on the country.

So far, the Buari’s administration has consolidated President Jonathan’s corruption and appropriated its modalities through sheer incompetence. Nigeria is complex. Its problems are humongous, challenging and intimidating. It is not a play ground for the untutored. It is not a laboratory for the confused and the incompetent. It needs competent hands. It requires some basic know- how. It requires a man with a plan; a man with a vision and a man with determination. The earlier the die-hard supporters of Buhari recognize that Buhari’s presidency is a disaster, the better for them. It is time to start making plans to end this Buhari’s tragedy.