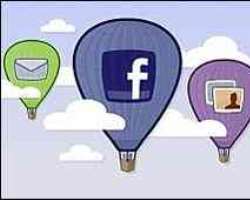 Initially the service was rolled out in the US and India

Facebook has shut down its Lite site aimed at users with slow or poor internet connections.

The stripped down version of the original ran for around seven months.

Facebook posted a note on its own fan page thanking those who used Lite, adding that it had “learned a lot from the test of a slimmed-down site”.

“I think a lot of the Facebook experience was left out of Lite, especially the monetisable parts,” said Ray Valdes of Gartner Research.

“The other part of this decision is probably because they have improved the performance sufficiently with the main part of Facebook and made things run better that they didn't need this back-up approach to cover a situation of low performance,” Mr Valdes told BBC News.

The technology blog ReadWriteWeb.com had described the Lite site as a “Twitter-like experience” of the popular microblogging service because it offered a smaller number of features than the fully-fledged site.

The options on Facebook Lite were limited to letting users write on their wall, post photos and videos, view events and browse other people's profiles. There were no applications or special boxes.

“In some ways the Lite version was like using ad block on their own site – it stripped the site down to the very basics,” said Mike Melanson of ReadWriteWeb.

The change was announced on Facebook's own profile page and offered few details as to why the service has been closed down.

“It would seem not enough people were using it but then there was not a lot of awareness about the product. Tears will not be shed over the loss of Facebook Lite,” Nick O'Neil of AllFacebook.com told BBC News.

A number of commentators on the social media blog Mashable.com said that they used it because it was not blocked at their office while some said they thought it “would have been a nice support for low bandwidth nations”.