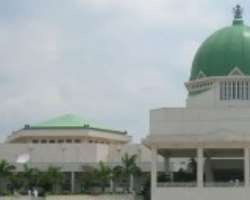 He described as a joker a recent call by the opposition Peoples Democratic Party (PDP), that the National Assembly should commence an impeachment process against President Muhammadu Buhari, on alleged involvement in the budget controversy.

Addressing newsmen, Ndume reiterated that Senate would conclude and pass the 2016 budget before end of February. In his words:

“We are targeting end of February to round off everything about the 2016 national budget.‎ If not for the talk about a missing budget, we would have gone far. But, we are still determined to pass the budget on time and that will be before the end of February,” he said.

On the alleged missing budget, he said the budget was not missing, rather, the Senate committee on Ethics, Privileges and Public Petitions was mandated to carryout an integrity test on the two copies of the budget before the Red Chamber.

“We told the Senate Committee on Ethics, Privileges and Public Petitions to find out what happened and they discovered that there were two versions. What the president submitted as a bill is still there. Nothing has changed.”