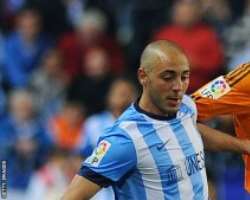 Amrabat, 28, was on loan at the La Liga club last season before signing a permanent deal and has made 15 appearances this term.

Born in the Netherlands, he was capped at under-21 level before playing 23 times for Morocco.

“He has the qualities of the players we like,” said Hornets manager Quique Sanchez Flores.

“He can play at number 10; he holds the ball, he can turn quickly with the strength of a striker and escape the defensive line.”