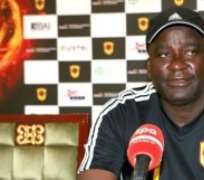 The Angolan Football Federation (FAF) has sacked national team coach Remeu Filemon, the organisation said on Monday, after he allegedly failed to turn up for work following the Christmas holiday.

Filemon, however, said he was present at the team hotel in Luanda and that he would hold a news conference later in the week to clarify the reasons behind his dismissal on Sunday.

Speaking to state-run Radio Nacional de Angola, Filemon said he had not been paid a salary for more than eight months but had nonetheless travelled to the capital Luanda for the Angolan team’s preparations on Saturday ahead of the African Nations Championship (CHAN) tournament in Rwanda in January.

“Things have to be said with truth. And, on Thursday or Friday, I will give a press conference to clarify what is really going on,” Filemon said.

Ranked 98th in the world, the Palancas Negras, or Sable Antelopes, were knocked out of 2018 FIFA World Cup preliminary qualifiers by South Africa in October.