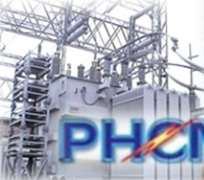 News filtering in from Nigeria says there has been an improvement in power supply. Only last month we got a report that the country's supply of electricity has improved tremendously and now operates on a 5000-megawatt gas-fired power station from which it again fell to 4000. Be that as it may, there is no denying the fact that there has been an improvement because before the present administration took over power in Nigeria the turbines, we gathered, produced much less. Many attempts by the previous administrations to fix this problem collapsed like a pack of cards.

Cases of corruption trailed behind the attempts and whopping sums of money expended on the project disappeared without any trace, the most recent one is the over $16 billion during President Obasanjo's administration. Late President Yar' Adua came without a lasting solution to the problem before President Goodluck Jonathan took over.

The writer has it on good authority that President Muhammadu Buhari during an interview on BBC Hausa radio service said he did not part with extra money other than the stern warning he issued to the stakeholders to either give Nigerians electricity or lose their licences. The President deserves a pat on the back for this pronouncement all things considered.

Have these workers come with any solution or still a part of the problem?

A recent study has shown that Nigeria is capable of having uninterrupted power supply if our leaders are determined to solve this knotty problem. A lot of money has doubtless been spent on ensuring that electricity power outage becomes a thing of the past, instead of an improvement it has assumed an embarrassing dimension. More embarrassing was the fact in 2009 when Nigeria's State House got entangled in a frequent power outage that necessitated the resolve to power the Presidential palace with stand-by generators.

Casual visitors to the country who pass through the nation's gateway to Nigeria - the airport of Lagos - are not spared of this open-mouthed scare either. Often times, that airport has been thrown into complete darkness. These visitors go back to their respective countries with embarrassing tales about Nigeria which cause Nigerians in the Diaspora a crying shame. This is a frontline oil producing nation blessed with other vast potentials which she cannot positively mobilise and harness is not ready to solve this perennial crisis. It would be recalled, however, that the immediate past Federal Government under President Jonathan moved heavens and earth to fix the ongoing interrupted power supply in Nigeria, all facilities were put in place before his unceremonious exit from power. Meek as he is, his instructions and orders were often flouted which contributed immeasurably to the failure of that God-sent administration. Who Nigerians actually need is none other than a firebrand leader whose words readily become effective as soon as they are uttered. That is one of the leadership qualities former President Jonathan lacked which plunged the country headlong into the present abysmal depths otherwise Nigeria has never had any leader as humble and well-intentioned as the former president.

It is not in dispute electricity is the pivot on which any modern society rotates. For Nigeria to join the league of developed nations she needs round-the-clock power supply. We can achieve this by dint of hard work if we remain truly determined because what we long strive for that has gulped billions of our taxpayers' money has been effortlessly achieved by other Lilliputian republics in the subregion. Many people make a brisk business out of this unfortunate situation and this must stop henceforth coupled with the fact that the level of power generation is grossly inadequate for a country of our size. 170 million is quite enormous if you ask me!

In this administration's bid to fix this problem, two key areas amid others must be looked into viz:

(1) Power at Substation:
Has there been general maintenance? Are the transformers regularly maintained? Are substandard cables, fuses, switchgear and transformers in use here that often result in voltage drops? What about vandalism and corrosion? These problems are hydra-headed which must be severely and resolutely tackled.

(2) Distribution:
In the area of power distribution, the attitude of workers does not help matters either. There are reported cases where workers' palm had to be greased before an area is lit up and cases also abound where a flat or bungalow uses more than a single phase. This must be frowned upon and stopped forthwith and the occupiers of such apartments read the Riot Act.

While commending the President on this much still needs to be done to complement his untiring efforts considering what we stand to gain in the long run.