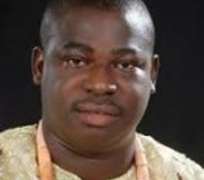 As expected, the suspension of the Chairman of Uwvie Local Government Council, Hon. Henry Baro, by the Delta State House of Assembly, has continued to raise dust not only in Uvwie but in all parts of the state. The action has opened the floodgate for the breeding of legions of emergency public commentators, unsolicited analysts and incurably deleterious opinionists who cannot live a day without casting aspersions on the State and its leadership. The acrimonies ruminating in these minds are so severe that appealing for a resize of their ravenous crave for Governor Okowa bashing, is akin to telling the sun not to shine. They are by all estimations; irredeemably consumed by their burning hate for the government, that they consciously fail to appreciate the established separation of functions and by extension powers of the Governor of a State and those of the State Assembly, as neatly enshrined in the status books through which the Country is governed.

A certain Dr. Fred Latimore Oghenesivbe, so pitiful belongs to this class of naysayers and doomsday congregants. For some time now, discerning I have vowed never to join issues with this gentleman whose stock in trade is the lousy misdirection of lofty intellectualism. However, day after day, Deltans and the world at large are fed with outright falsehoods freely disseminated by jaundiced minds aided by a well-oiled propaganda mercenary. However, there is no better time for the repudiation of these earth-shaking claptraps than now.

In his latest piece titled "PDP Wrecked House: Gov. Okowa's Despotic leadership And the Suspension of Uvwie LGA Chairman, Henry Baro", Latimore took us through a tortuous commentary laced with gross distortions. He stated how in his wrapped imagination, the state House of Assembly led by the Speaker, Rt. Hon. M. O Igbuya has become a willing tool in the hand of the Governor.

Of a truth, Latimore could be pardoned for all of his vituperations against Gov. Okowa, reason been that the Governor has severally dashed Latimore's hope of becoming a government CPS. From the blues of dismissal from Hon. Akpodiogaga Emeyese’s team, Latimore surfaced months later to disturb the peace of Deltans over a daydream of a relatively unknown Mr. Tony Chucks Obuh becoming Delta’s governor. He told whoever cared to listen that the PDP with Obuh was all Deltans need to get to the promise land. At a time when the APC and its warfare scared the hell out of PDP thinkers who saw the danger ahead, Latimore assured all who cared to listen that the APC were only an amalgam of disillusioned men who may never go near power. He told us that Tony Obuh and the PDP structure could rupture whatever test-run the APC were planning. Alas, when the big PDP masquerade in the person of Sen. (Dr.) Ifeanyi Okowa arrived the village square, Obuh and his likes were taught what experience meant in the context of politics.

Today, Fred Latimore is on the payroll of the APC and its agent, Chief O'tega Emerhor (thesame team he earlier wrote-off). For the actualization of the dream of a CPS, Latimore fought like a wounded lion throwing stench of mud daily at Gov. Okowa and the PDP, from the time of campaigns till this day. In his delusion, Okowa is a "caretaker Governor" who would soon be thrown out by the courts for his boss who came a distant 3rd with a paltry 6,000, votes to take over. It is lucidly evident that when the issue is Okowa, Latimore's scholarship speedily hits hibernation mode. This is why he failed to appreciate the fact that even if Okowa and Ogboru's Votes are annulled, his boss still hasn’t got the constitutionally stipulated spread of votes to be Governor. So, the earlier he comes to terms with this excruciating reality, the better for him.

Back to the Henry Baro rhubarb. Seriously, it beats me silly why Fred Latimore chose to cry more than the bereaved. Before Latimore and his likes display their sheer and gross artificiality of emotions, I humbly crave their indulgence to as a matter of expediency; study Sections 31 (2 &6) and 11 (123), of the Delta State Local Government Laws, to know if the State Assembly has the power to do exactly what they did. Henry Baro’s suspension was carried out in response to petitions written against him by concerned citizens and groups who have become uncomfortable with the way and manner the council is being administered. The petitions ranged from financial misappropriation, administering the council without due process, highhandedness, breach of public peace occasioned by chaotic clashes of rival factions of National Union of Road Transport Workers (NURTW) and other matters.

The Majority Leader of the House, Sir Tim Kome Owhefere; a 3rd term Legislator, Journalist and Lawyer, moved the motion for the suspension under matters of urgent public importance. This action was in tandem with Local Government laws which stipulates that officials under investigation MUST either voluntarily proceed on leave or be placed on suspension.

After an exhaustive debate on the subject matter, Parliament unanimously voted in support of the suspension of the Chairman to allow for investigation into the allegations leveled him. What this means is that if the investigative panel headed by Hon. Oboro Preyor found the suspended Chairman not culpable in the charges leveled against him, he would be immediately reinstated. The same Parliament also extended the accountability crusade to Council Chairmen of other LGAs charging them to summit their comprehensive accounts to the House for onward scrutiny.

What then is Gov. Okowa’s sin in the whole episode and how has the Assembly become a “PDP wrecked House” for performing the duties they were hired by to do by the people? Was it the PDP, DTHA or Okowa that orchestrated the crisis in the motor parks where several persons were brutally injured and economic activities brought to its knees? Was it PDP, Gov. Okowa or DTHA that wrote petitions against Henry Baro? Would the same Fred Latimore and his APC sponsors not have crucified the State House of Assembly if they had turned a blind bat to such gargantuan allegations leveled against a serving public office holder and stalwart of the ruling PDP? Would it not have been that the PDP-controlled assembly was protecting one of its own? Why is the now being berated for disciplining one of their own in line with the policy of zero tolerance to corruption being crusaded by APC-led federal government for which Fred Latomore is a staunch believer?

Let me remind Fred Latimore and his likes of what John Thornton, a teacher, motivational speaker and quintessential scholar, said in his book titled: Maxim And Direction For Youths. He said, "Wicked men by specious errors and intoxicating pleasure contrive to lull conscience into slumber; but when it wakes, its voice is louder than thunder, and its strokes keener than flashes of lightening