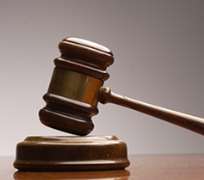 The member representing Leko/Koma in the Adamawa House of Assembly, Hon.Thomson Saleh of All Progressives Congress (APC) has failed to produce witnesses in a election tribunal court in Abuja

A Case of election irregularities was instituted against him challenging the legitimacy of him winning the election in his constituency.

The challenger, Aloysius Baba Doke who was a former lawmaker and contested in the plat form of People Democratic Movement and lost said Thomson rigged the election in Leko/Koma one,a ward that was manipulated by Thomson to presumed him a winner.