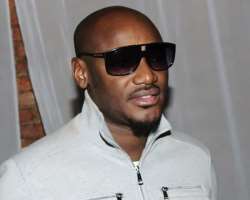 In partnership with Beat 99.9 FM, AFRIMA industry nite for Nigeria music industry stakeholders will be hosted by Beat FM's JIMMIE and OLISA ADIBUA with DJ SPINALL as the official DJ. The best part about this event is that it's FREE!

All Africa Music Awards, AFRIMA, in partnership with the African Union, AU is conceptualised to celebrate, showcase and reward the musical culture of the African race in 34 award categories. Entry submission for the awards is currently ongoing on the AFRIMA website ( http://www.afrima.org [1] ) and will close on July 20, 2015 across the world. Artistes and other stakeholders will have the opportunity of more information about the award at the industry nite.

The 2015 AFRIMA main awards ceremony will hold in Nigeria in November amidst glittery, star-studded and world-class event with live performances and television broadcast to major media stations around the world.

Programme of activities for the 2015 AFRIMA awards include the AFRICA MUSIC SUMMIT under the theme "Reviving the Business of Music in Africa for development; a platform for the music industry members to engage and deliberate on how the industry can be natured and packaged in a way that adds to the GDP of the continent and create jobs. and the AFRIMA MUSIC VILLAGE, an open two-day non-stop music festival model, exhibitions by partners, National pavilions by African countries, concert by African artistes, VIP sections. 10,000 people expected daily with live performance.

Industry Nite event has been a launch pad for alot of promising acts and has also featured great acts such as 2Face, Sarkodie, Iyanya, Davido, wizkid, Olamide, industry organization among others.