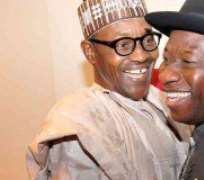 The All Progressives Congress (APC), Rivers State Chapter, has demanded that Dame Patience Jonathan, wife of President Goodluck Jonathan, should accept responsibility for the recent attack on the APC gubernatorial campaign train while attempting to hold a rally in her local government of birth, Okrika.

“Subsequent comments and utterances by the First Lady have removed any iota of doubt that she was one of the unseen hands behind the deadly attack and disruption of APC's campaign and the attempt on the life of our gubernatorial candidate, Dr. Dakuku Adol Peterside. Sadly, Cpl. Ifeanyi Okorie, a police officer providing security at the rally, was killed by the bullets fired by thugs acting on behalf of the First Lady and the Peoples Democratic Party (PDP), while a Senior Correspondent of Channels Television Mr. Charles Eruka covering the rally was stabbed and many APC supporters equally wounded. Dame Jonathan should, for once, show maturity by apologising for her role in that orchestrated Okrika tragedy,” Rivers APC Chairman, Dr. Davies Ibiamu Ikanya, said in a statement.

Ikanya in the statement issued on Monday in Port Harcourt regretted that the First Lady has refused to show remorse for the consequences of her utterances, citing her directive while addressing market women at the PDP women rally in Cross Rivers State on February, 25th: “If you see anybody mentioning change, stone that person to death.”

“When the above statement was credited to the First Lady, we thought that she was being quoted out of context but we now know better, as she has not denied the statement, two weeks after, but has rather gone ahead to make similar inciting utterances at some other rallies for PDP women addressed by her. We can now understand why her supporters chased us out of Okrika with live bullets instead of stones as advocated,” Ikanya said.

Her directive that APC members be stoned was heeded but instead of stone they used bullet and bombs which led to the death of a policeman it is shameful that Mrs. Jonathan is the first Nigerian First lady to be reported to the ICC and the second First Lady in Africa to be reported to the ICC. Mrs. Simone Gbagbo, wife of the former President of Cote D'Ivoire, Laurent Gbagbo, prior to that country's 2010 election. The ICC indicted Mrs. Gbagbo for her part in planning to perpetrate brutal attacks – including murder, rape, and sexual violence, on her husband's political opponents in the wake of the 2010 election.

The Rivers APC Chairman condemned Dame Jonathan, saying it is very unfortunate that such a crude language should come from the mouth of somebody of her calibre. He equally berated President Jonathan, saying: “By refusing to condemn the unfortunate attack against APC supporters during the Okirika rally and these reckless statements by his wife, President Jonathan is, in other words, telling Nigerians that he supports his wife's directive that APC faithful should be stoned to death for expressing their political beliefs.

We hereby commend and congratulate the National APC leadership for formally reporting this ferocious lady to the International Criminal Court (ICC), the Inspector General of the Nigeria Police (IG) and the National Human Rights Commission (NHRC), among others". If for nothing she has demonstrated by her imprudent and unguided statements that her husband is not fit for any electoral office, Dr Ikanya further stated.

This is yet another strong reason why Nigerians should shine their eyes and vote out the Jonathan administration, which has brought nothing but misery and death to Nigerians and does not deserve any extra day in office after May 29, 2015.”