Buhari replies: I graduated alongside Yar'Adua, had Grade 2 in WASCE 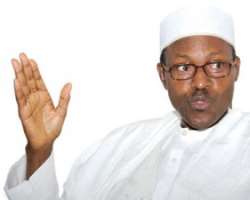 The presidential candidate of the All Progressives Congress (APC) in the February election, Maj. Gen Muhammadu Buhari(retd.), has said the campaign by his opponents regarding the status of his secondary school education, is borne out of mischief.

Speaking in Kano on Wednesday on the controversy, which has suggested that Buhari might not have sat the West African School Certificate Examination as he claimed, having failed to tender the results, the APC flag bearer said he sat the Cambridge University/WASCE in 1961 and graduated in Second Division.

Buhari, a former Head of State, said, 'I attended Provincial Secondary School, Kaduna, now Government College, Kaduna, and sat the University of Cambridge/WASCE in 1961, the year we graduated, alongside (now the late) Shehu Musa Yar'Adua (Chief of General Staff under Gen Olusegun Obasanjo as Head of State) and Justice Umar Abdullahi, a former President of Court of Appeal . My examination number is 8202220.'

He added that he had requested his old school, Government College, Kaduna, to make available his result.

Buhari said the controversy was the outcome of his vow to tackle unemployment, insecurity and corruption, accusing the Federal Government of employing every weapon in order to stay in power.