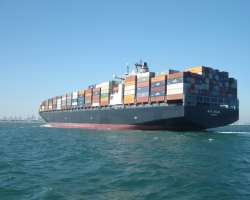 Freight forwarders and terminal operators are set for another showdown over disagreement on terminal charges. This follows the failure of the management of APM Terminal to honour the agreement reached with the agents to end the strike action which grounded port operations at APM terminal few weeks ago, as well as the judgment of the High Court on Wednesday, which directed terminal operators to comply with the directive of the Nigeria Shippers Council to reduce terminal charges.