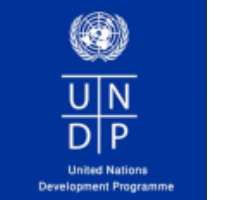 FREETOWN, Sierra Leone, November 25, 2014/African Press Organization (APO)/ -- To contribute to the halt of the Ebola Virus Disease (EVD) in Sierra Leone, the Office of National Security (ONS), with support from the United Nations Development Programme (UNDP), has facilitated the development of Standard Operating Procedures (SOPs) for the correct management of quarantined areas and health-related checkpoints. The development of the SOPs was a consultative process engaging key stakeholders including the Sierra Leone Police, The Sierra Leone Armed Forces, the Ministry of Health and Sanitation, the Human Rights Commission of Sierra Leone and civil society.

Starting today Tuesday 25 November, the SOPs are being rolled out and popularized through a training programme that will reach out to 2,000 security personnel, local authorities and civilians across 14 (fourteen) districts in the next two weeks, targeting Republic of Sierra Leone Armed Forces (RSLAF), Sierra Leone Police (SLP) among others.

Quarantined communities and checkpoints are central to the Government's efforts to halt the spread of the EVD but they can also cause tension and potential conflict between security forces and civilians. Considering the risks posed by these mechanisms in relation to the violation of human rights of both civilians and responsible security personnel, and the fact that their correct management is vital for the containment of Ebola, ONS has taken the initiative to standardise operating procedures across all quarantined areas and checkpoints and to ensure that fundamental human rights are upheld in their implementation.

The training also includes invaluable information on Ebola prevention, human rights and the State of Emergency regulations. The popularization of the SOPs has started with a training of trainers from today (Tuesday 25 November) in Bo. The trainers and coordinators are made up of over 50 experienced personnel from the ONS, SLP, RSLAF and the HRCSL. In teams of three, 42 trainers will target approximately 150 police, military, health officials, local authorities, civil society representatives and civilians in each of their respective districts. There will be a strong emphasis on joint trainings to ensure that military, police and other stakeholders are trained together in order to build mutual respect and a spirit of partnership and coordination for the elimination of Ebola in Sierra Leone.

Mr. Ahmed Sannoh, the Chief of Staff at the Office of National Security said “The development and roll-out of these SOPs are central to maintaining peace and security in Sierra Leone during the current crisis. The various stakeholders have demonstrated admirable cooperation and commitment to ensure that the actors on the ground are well-equipped to implement the emergency regulations while also upholding the human rights of civilians.”

Mr. Simon Ridley, Programme Manager at UNDP Sierra Leone added “Since the finalization of the SOPs, ONS, RSLAF, SLP, the HRCSL and the Ministry of Internal Affairs have shown exemplary collaboration and an integrated approach to the training that has helped to enhance mutual understanding of respective roles and complementarity, and has forged strong inter-agency partnership to halt the spread of Ebola in Sierra Leone. We hope that such fruitful partnerships will last beyond the current crisis and will contribute to upholding law, order and human rights in Sierra Leone in the long term.”

Quarantines are unprecedented in Sierra Leone, as are public-health related checkpoints. Nevertheless, many military and police men and women are sent to man these mechanisms without training or concrete standards in place. It is therefore extremely important that the SOPs are not left on the shelf but are used as a working document, on the ground, by the “foot soldiers” of the emergency response. It is also essential that a collaborative approach to implementing the provisions of the SOPs is taken – not just involving partnership between the police and military but also engaging the civilians that they are employed to protect.