Champions of the Earth Awards 2014 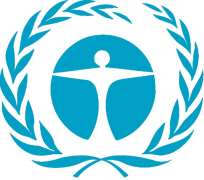 What: Announcing African Winner of Champions of the Earth 2014

Who: Fatima Jibrell, Founder of ADESO and Champions of the Earth Winner

Fatima Jibrell, one of Africa's leading environmental activists and founder of Adeso (formerly known as Horn Relief), is to become the first Somali to win a Champions of the Earth award.

The Inspiration and Action award, which has been won in previous years by Brian McClendon of Google Earth, and Carlo Petrini, Founder of Slow Food, will be awarded to Fatima Jibrell for her outstanding contribution and service to the planet through her efforts to build peace, advocate for better environmental practices, and protect the livelihoods of Somalia's pastoralists.

We invite you to attend the historic announcement of the award and to hear from Fatima Jibrell in her own words, what this award signifies to her, to Somalia, and to Kenya, where her organization undertakes work of critical importance to the environment and to the livelihoods of tens of thousands of people.

Champions of the Earth is the United Nations' flagship environmental award launched in 2005 that recognizes outstanding visionaries and leaders in the fields of policy, science, entrepreneurship, and civil society action.

Whether by helping to improve the management of natural resources, demonstrating new ways to tackle climate change or raising awareness of emerging environmental challenges, Champions of the Earth should serve as an inspiration for transformative action across the world.

Past laureates have included Mikhail Gorbachev, Al Gore, Felipe Calderon, Mohamed Nasheed, Marina Silva, Vinod Khosla, and many other such exemplary leaders on the environment and development front.

The full Awards Ceremony will take place at the Smithsonian Museum in Washington D.C. on November 19th, hosted by the United Nations Environment Programme.