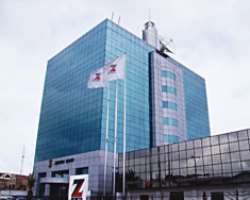 Zenith Bank Plc has released its half-year 2014 results, declaring a profit after tax of N46.669bn for the bank.

The result, which the bank filed with the Nigerian Stock Exchange, showed that it grew its profit before tax by 19.67 per cent to N55.575bn from the N46.422bn it recorded in the first half of 2013.

According to the result, the bank's gross earnings at N174.569bn for the half-year period under review is 14.21 per cent higher than the N152.843bn it realised in the same period of last year.

Zenith Bank Plc's consolidated financial statements for the six-month period ended June 30, 2014 showed that the group grew its gross earnings by 7.84 per cent to N184.434bn when compared to the N171.024bn it posted for the same period of 2013.

Like the bank, the group's profit before tax and profit after tax also appreciated.

In March, the bank announced it would pay a dividend of N1.75 per share to its shareholders for the 2013 financial year.

A month later, in April, it announced that it recorded 200 per cent over-subscription of its $500m Eurobond issue.

The $500m Eurobond is under a $1bn Global Medium Term Note programme announced by the bank on April 1, 2014.

The bank had said in a statement that its weeklong investors' roadshow, co-ordinated by Goldman Sachs and Citibank, had received an overwhelming endorsement by a diversified group of global investors from Europe, the United States, Africa, Asia and the Middle East, Zenith said in a statement.

According to the statement, investor's perception of Zenith's domestic market leadership and its strong balance sheet defined by its liquidity, asset quality and capital adequacy are among the major factors driving the overwhelming acceptance of the bank's first ever debt issue.