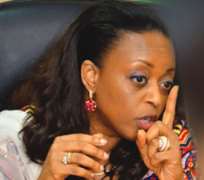 The statement quoted Alison-Madueke as saying such a deal between her country and the EU would be mutually beneficial. Nigeria is interested not only in helping Europe meet its long-term supply needs, she said, but also “to expand [Nigeria's] gas market.”

Alison-Madueke’s statement said Nigeria has more than 180 trillion cubic feet (tcf) of known gas reserves, as well as an estimated, but as yet unproven, reserves of up to 600 tcf. Nigeria is currently the eighth-largest producer of gas in the world and the sixth largest supplier of gas to Europe.

To expand this market, she told Oettinger, Nigeria has been planning strong investment to increase its capacity to produce and export gas, especially once it completes several liquid natural gas (LNG) projects.

Nigeria’s offer comes at a time when Europe’s demand for gas is rising and as tensions grow between Russia and Ukraine. EU countries get one-third of their gas from Russia, and of that, one-half now flows through Ukraine.

For his part, Oettinger said he recognizes Nigeria’s potential to be a valuable supplier of gas to Europe and welcomed further discussions on how to increase the EU’s cooperation with the government in Abuja.

The two ministers’ meeting followed Alison-Madueke’s keynote address to the Brussels meeting. Speaking as alternate president of the OPEC Conference, she focused on what she called the strength of EU trade and energy relations with Nigeria, noting that her country supplies Europe with more than 30 percent of its oil and almost 20 percent of its gas. Source: Oilprice.com.