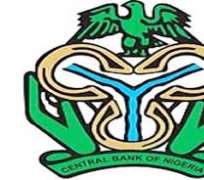 The Central Bank of Nigeria (CBN) has bared its fangs against Access Bank Plc over infractions on the implementation of the guidelines of the Commercial Agricultural Credit Scheme (CACS).

For this, the bank is to pay N353.395 million for failing to operate within the CACS guidelines for the month of May 2014.

According to the regulator's report on the scheme for the month, the scheme has created 165,510 jobs since inception in 2009.

'Access Bank was fined the sum of N353.395 million being sanction for infraction of the CACS Guidelines during the month. Cumulatively, the total penalty charged for infractions, stood at N1.242 billion from inception in 2009 to May, 2014,' the report stated.

CBN believes that the major challenges confronting the scheme are, 'Non-adherence to CACS guidelines by banks, and Poor monitoring of projects by some participating banks.'

The CBN stated further in the report, 'The Commercial Agriculture Credit Scheme (CACS) was established to finance large ticket projects along the agricultural value chain. The Scheme is being administered at a single digit rate of nine per cent to beneficiaries for a period of seven years. State Governments, including the FCT can access a maximum of N1.0 billion each for on- lending to farmers' cooperatives or other areas of agricultural intervention.

'Analysis of CACS performance by value chain showed that out of the 274 CACS private sector sponsored projects (from both receivable and Repayment Accounts), production dominated the activities funded with 50.73 percent, followed by processing which accounted for 38.59 percent, while marketing, storage and Input supplies accounted for 5.47 percent, 4.74 percent and 0.36 percent respectively.

'In terms of the volume of funds released, processing accounted for 50.2 percent, followed by production which accounted for 34.8 percent. Marketing, storage and input supplies accounted for 10.6 percent 4.2 percent and 0.3 percent respectively.'