President Jonathan has not submitted any addition to Budget 2014 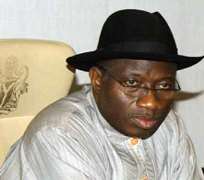 Contrary to the wrong impression given by some media reports and editorials, President Jonathan has not submitted any new budget or addendum to Budget 2014 to the National Assembly.

All the parastatal budgets were submitted as required by law at the same time as the main budget and virtually all were treated by the relevant committees.

The delay in discussing any aspect of the budget has nothing to do with late submission of the estimates by the executive. The reported negative reactions by some senators to some parastatal budgets was due to the delay by the relevant sub-committee to bring the parastatal budgets for consideration and has nothing to do with any effort by the executive to "smuggle" in additional budgets.

As Senator Ita Enang has subsequently clarified, the parastatal budgets were part of the original submissions by the executive. The whole matter is an internal senate matter and has nothing to do with the executive . The negative media reports blaming the executive are wrong and should be corrected. Journalists should kindly verify with Senate Finance Committee Chair Sen Markafi and heads of other relevant committees for avoidance of doubt. Wee urge all media outlets to please verify and get facts before heaping unwarranted criticism on Mr President, the Budget Office or Ministry of Finance. It is terribly disappointing when people waste time and space writing opinions and editorials based on wrong information!