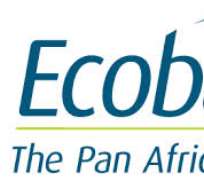 Ecobank Transnational Incorporated (ETI) has secured a $200 million trade financing facility with the African Development Bank (AfDB), the lender said in a statement on Thursday.

According to the bank, the contract signed at a ceremony on the sidelines of the recently concluded AfDB Annual General Meeting in Kigali.

The facility comprises two components: a $100 million unfunded risk-sharing facility to bolster Ecobank's capacity as an international confirming bank for trade transactions originated by issuing banks in Africa ; and another $100 million trade facilitation loan which would be used by Ecobank to provide trade finance support to local corporates and small and medium scale enterprises in Africa.

Over a period of three and half years, the facility would support approximately $1.8 billion of trade transactions in Africa, it added.

'This facility will greatly support international and intra-regional trade in Africa. We look forward to an ever-deepening collaboration with the AfDB to provide vital trade finance support to promote regional integration and the development of SMEs across Africa,' Essien said.