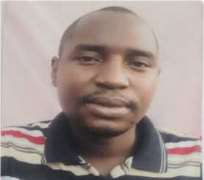 The State Security Services (SSS) said on Thursday that it has arrested Colonel Agene Ogwuche, the father of Abubakar Sadiq, the suspected co-mastermind of the 14 April bomb attack which resulted in the death of about 75 persons and injuries to hundreds of others at a bus station in Nyanya, a suburb of Abuja.

The secret police also revealed that diplomatic paperwork is being concluded to repatriate his son to Nigeria for trial for his part in the bomb attack.

The Spokesperson for SSS, Marilyn Ogar, revealed this during the daily media briefing by the National Information Centre at the National Orientation Agency in Abuja.

She said elder Ogwuche was arrested because he breached the bond, which he signed while taking his son's bail in 2012.

The SSS had on Monday told journalists that Abubakar Sadiq Ogwuche, a British born Nigerian was arrested on 12 November 2011 at the Nnamdi Azikiwe International Airport, Abuja, on arrival from the United Kingdom on terrorism related charges but was released on 15 October 2012, following intense pressure from human rights activists, who alleged human rights violation.

The spokesperson for the Nigeria Police, Frank Mba, told journalists at the briefing that the retired military colonel would be made to answer for his inability to meet the bail bond which he signed pledging to produce his son when needed for questioning.

On the issue of the abducted girls, the Director General of NOA, Mike Omeri, assured that the over 200 Chibok Government Secondary School students still in the custody of Boko Haram terrorists would be brought back home to rejoin their families.

Omeri said Nigeria is currently working with members of the international community to ensure that the girls are rescued in good shape and right frame of mind.

He however refused to respond to accusations by the Borno State Governor Alhaji Kashim Shetima and Senator Ahmed Zannah that the military is not using information given to them properly.

Omeri commended members of the Kalabalge community in Borno State who repressed an attack by the Boko Haram and instead killed scores of the invaders, arrested several of them and seized many of their vehicles.

The NOA DG said this shows that citizens are brazing up to the antics of the marauders and urged other communities to emulate the example.