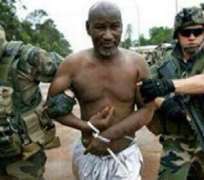 If I were to be confronted with a choice of having to decide on what countries I would have to live, I would pick two; Nigeria, the country of my birth, in which I have my roots and which I really call "home"; and America, my adopted country, which has given me the opportunities to advance myself, plan towards my future, in ways I never envisioned when I arrived here more than 30 years ago. The two countries laid the foundations for me as a child to become the father of the man.

Unfortunately, the attitudes of those that run the political and economic affairs of the country of my birth country (Nigeria) have put me in situations in which I would occasionally have to wonder about my loyalty to and my pride for the country. Every time I read about the corrupt practices of officials, and the kidnappings of citizens orchestrated by politicians on the people with whom they are supposed to protect, I would cringe.

Every time I read about the run-down schools, the hospitals that are in dilapidated conditions with no medicine, the elephant projects created by officials as a conduit for money laundering, and all the rest of the vices, I would wonder why God made the ruling elite of the country of my birth (Nigeria) to behave in the manner they are---corrupt, wicked, mean, greedy, uncaring, arrogant, murderous, and vicious.

This is not to say that my adopted country, America, is without its own problems. Of course, America has its own social maladies. But America, unlike Nigeria, has the mechanisms in place to deal with such maladies.

A few weeks ago, one of the richest men in America, Mr. Bernard Madoff, was arrested for fraud. And who can forget the impeachment of President Clinton for kissing a woman in his office. We can even go way back into history, when an American President (Nixon) was forced to resign for lying about the existence of a break-in. Yes, that is America; it knows how to deal with its problems. Here in America, they say, "no bulls..t" when it comes to the matter of violating public trust.

As an individual, from the very day I landed in the country, the American society has really made me feel like I matter, and the fact that there are nearly 300 million others to deal with is irrelevant. As an individual, I am accorded my rights and no one dare violates them; not even the police officers who are mandated to protect me. The police can be arrested, charged, and sent to prison for violating my individual rights; in fact, many police officers have actually been sent to prison for violating the rights of other individuals.

As an individual, I am made to feel that my single vote really counts. During the period of campaign for election into public offices, I would be bombarded with all sorts of promotional leaflets, television commercials (advertisements), yard-signs, telephone calls, and all other things from those who run for public office---all to persuade me to cast my vote for them. At the end, no words can express the feelings of knowing that a candidate for political office actually won the election because I voted for him or her.

Every time I travel beyond the shores of America, just for being in possession of an American passport, other countries would treat me with respect and dignity. Many years ago, I traveled with a female partner to France, en route to Nigeria. Both of us wanted to cross into the gift shop for browsing. I was allowed to enter the shop because I had an American passport, but my female companion, who was in possession of a Nigerian passport, was refused entry. And the fact the the female companion was my wife did not matter---we were citizens of two different countries---married or not.

Prior to the incident in France, there was another one at the Heathrow airport in London. I was also en-route to Nigeria at the time. The immigration officials took my American passport and stamped "entry---permitted to stay in Great Britain for six months...employment not allowed." I protested. I told them I was just changing planes to Nigeria. Well, that was the "official policy because America is a member of NATO Alliance and every citizen of NATO member-nations is automatically granted a six-month visa to stay in Great Britain."

America is the only country on earth where an immigrant, who left his country of birth in penury, would within a few years, be able to obtain a university degree, buy a brand-new car, buy a house, get married and have children---it is called an American dream. In America, an immigrant who is willing to work hard can never be a hungry man or woman. It is a country where the doors of opportunities for economic self-sustenance are open for anyone who is willing to put in his fair share of the efforts towards helping self.

In America no one has to be rich in order to attend a university. In fact the system is designed in such a way that the poor are the ones with greater chances for admission. Many schools even have funds set aside from endowments as grants and loans for the benefit of poor students. Governments also have assorted financial aid programs to help needy students. Any student who qualifies will be given the money to attend school till graduation.

In America, the individual is paramount---not tribal, religious, or ethnic affiliations. There are highways to take me to eternity, with police officers everywhere available for protection against danger, and in case I am in distress, cameras are installed at major intersections of the highways for authorities to send help quickly. Here in America, there are no check-points to harass citizens, no armed robbers on the road, and any one who goes on a long journey by automobile, will find convenient rest-stops located everywhere for relaxation and easement. Only in America!

Ever since I arrived in America nearly 35 years ago, I have never experienced power-failure, except on a-once-in-a-while situations where a few minutes or hours of interruptions would be made for repairs of malfunctioned equipment. Even then, notices (with apology) would be sent to me in advance as a warning that such interruptions would occur.

In America, as an individual, I always feel as if I am the only one that matters. Those in power are afraid of my complaints---they would wish I never have to complain about services they render out of my tax money.

If I walk into any privately owned business, whether it is a grocery store or furniture store, I am made to feel like a king, and treated as such. I would be, literally, pampered, escorted around the store, and shown around for all kinds of discounted deals. A store employee will be there, just for me, to make me feel as if he or she really needs my business and my money.

Not too long ago, my 19 year old, who is attending a college in the state of Oklahoma, called to tell me that she was having breathing difficulties. When I asked her for possible cause of her problem, she said one of her roommates has a habit of turning off the heat in the room because of her problem with heat flashes. Immediately, I placed a telephone call to the school, which is located more than 2,000 miles from where I live, and registered my complaints. Within three hours, there was a solution to the problem. Only in America!

America is a great country. And I am very proud of it. I have been in situations where I have to challenge those who say America is not a good place to live. I have always recommended that such people should take a hike and move to somewhere else that is better than America. So far, none of them has taken my offer. Sometimes, I wish I could be as proud of Nigeria as I am proud of America.

Ikpafak Thompson Essien
The Voice of the Poor Masses
Defender of the Oppressed
A native of Ibibio nation of Ubium Republic extraction, now living in the safe and beautiful city of Portland, Oregon, where no AKPF, ADUMA, ADV, and Akwa Ibom State politicians can reach.