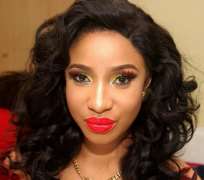 Domestic Violence is one thing most women in Africa face and many measures are being taken to curb this act. Many Nollywood actresses and actors have acted and advocated for the stop of this act.