Colonialism: US group tells Britain to apologise to Nigeria 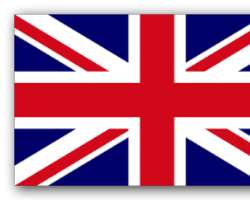 
A United States-based civil society organisation, Gatestone Institute, New York, has called on Britain to apologise to Nigeria because 'the problems and tensions in northern Nigeria are direct results of left-overs by the British colonial government.'

A representative of GI, Mr. Alan Craig, made the suggestion on Saturday in Abuja, during a workshop for leaders of ethnic minorities in the North. The workshop was jointly organised by Minority Interests Rights Project and Stefanos Foundation (Nigeria).

At the event, the Coordinator of MIRP, Mr. Mark Lipido, raised the alarm that 75 per cent of indigenes of Southern Borno had fled to Cameroon following the recent attack on them by the Boko Haram Islamic sect.

Craig told journalists after the event that Britain had no choice than to apologise to Nigerians following the sad fallouts of colonialism.

'It should be saying that 'we are sorry for the legacy we left and other things we did'; there are other good things the then British colonial government did too. So, don't condemn it all but that particular aspect was wrong and was a mistake; so the British Government should be rectifying it.'