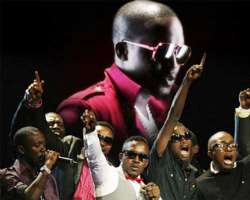 SAN FRANCISCO, February 14, (THEWILL) - The United States on Friday condemned in the strongest terms the brutal attack on Konduga, Borno State, on Tuesday.

The United States,in a statement issued by the Information Office of the Public Affairs Department of the American Embassy in Nigeria, offered  its sincere sympathy to the families of scores of murdered civilians and students abducted from the Government Girls Senior Science Secondary School and Ashigar School of Business and Administrative Studies.

"We are deeply concerned for the welfare of the young women currently being held against their will; we urge the government of Nigeria to investigate this attack, ensure all abductees are safely returned to their families, and bring the perpetrators to justice as soon as possible," the statement said.

The United States also expressed its commitment  to supporting the people of northern Nigeria in their struggle to stop the abhorrent actions of Boko Haram and associated terrorist groups.