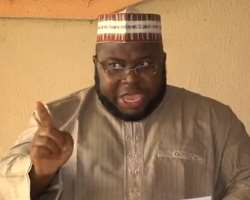 Asari-Dokubo’s release has been confirmed by Rex Asari, his personal assistant (Media). Dokubo was invited by the SSS, following his alleged inflammatory statements in connection to the 2015 election, in which he stressed in unequivocal terms that there will be bloodshed, if President Goodluck Jonathan was not re-elected.

Dokubo, an ex-militant, arrived the SSS office at about 9.45am on Thursday, with scores of his supporters, and his lawyer.

The SSS Deputy Director, Public Relations, Marilyn Ogar, confirmed that it was questioning Dokubo based on the inflammatory comments.