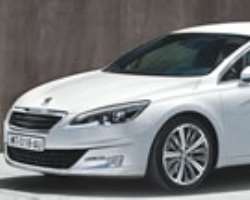 
PAN Nigeria Limited has announced plans to commence the production of Peugeot 301 & 508 on its assembly lines in Kaduna as from the second quarter of the year.

This is coming as part of the company's efforts to key into the window of opportunities provided by the Federal Government's new automotive policy.

A statement by PAN Nigeria on Tuesday, said the company's management had received a team of auto manufacturing experts from AP France to finalise the production arrangement.

It said the team came 'to inspect the company's facilities in readiness for the production of Peugeot 301 and 508 vehicles scheduled for the second quarter of 2014.'

It noted that the development was coming 'barely three months after the Federal Government has approved the new automotive development plan aimed at developing Nigeria's automotive industry, and place Nigeria among the league of auto-producing countries.'

The visitors were said to have expressed delight with the standard of the factory equipment, and confidence that with what they saw on ground, PAN was ready to commence production.

The Managing Director, PAN Nigeria, Mr. Ibrahim Boyi, thanked the visitors for their commendation and pledged to leverage the new automotive development plan to re-establish its position as the pioneer and leading auto manufacturer in Nigeria.