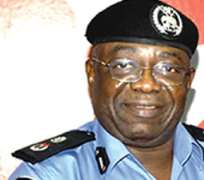 They vandalising no fewer than 50 vehicles and some buildings, including that of the Redeemed Christian Church of God, Tree of Life parish.

The residents said the men, identified as Garage Boys, numbering over 100 and armed with bottles, cutlasses and other weapons, attacked the area and did the damage around 2am.

The residents said it was the fourth time the group would wreak such havoc without any challenge from policemen that usually come after the harm had been done.

It was gathered that the Sunday morning attack was a reprisal for an earlier onslaught against the Garage Boys by the Alagbole Boys, another notorious group in the area.

While the cultists unleashed the mayhem, our correspondent learnt that residents were holed up in their houses for fear of being killed by the rampaging gang who dared residents to come out.

A secondary school student, Bose Abidogun, said she woke up around 2am and began taking note of the incident.

In her account obtained by our correspondent, she said, 'It was like a nightmare, the worst I have seen. Around 2.38am, I woke up because I heard a bang outside. I first thought it was a robbery operation, but then I peeped through the window. I saw a group of boys armed with sticks, cutlasses, hitting the glass of every car on the street.

'I watched as Pastor Dare (a resident) looked at them destroying his car and could not do anything. The boys kept moving from car to car, breaking the cars' glasses and winthrdscreens.'

Pastor Dare Majadeogbe said he watched helplessly as his private and church cars were damaged. He put his loss at N300, 000.

Majadeogbe said the gang had destroyed some cars and buildings on the adjoining street in 2013.

'Last year, they invaded Ayoni Street and destroyed many cars in a similar fashion. Now they have finished off Olaiya Street and vandalised all the cars they saw, ' he added.

Another resident, whose three cars were damaged, Timothy Adeniran, said he had lived in the area for 28 years and the problems started three years back.

Adeniran said he called the police during the incident, but they did not show up until two hours after the men were gone.

The Chairman of the Landlords and Tenants Association, Dauda Sulaiman, berated the attitude of the Makinde Police Division, which he described as non-challant.

He said, 'I was out of Lagos when the incident happened. But immediately it started, the local vigilance group on the street called me around 12am. I asked them to alert the Makinde Police Station which is three streets away from us. I was reliably informed that they informed the police immediately, but the police came around 4am. While the boys were destroying the cars, some of the residents even went to the station at that odd hour, but the policemen there did not respond.'

Biodun Adeoto said it was the second time he was suffering heavy losses, alleging that the police had always made arrests in the past, only to later let suspects off the hook.

'They destroyed four windows of my car about four years ago. I was in Ilorin when I heard they had damaged another car. I couldn't believe it. What have we done? I believe the police know the people disturbing the street, and if they want to show seriousness, they should go and get them,' he said.

The traditional ruler of Mafoluku, Husam Elemo said,'This has been happening for a long time, and I have always showed my dislike for things like this. Most times, the Special Anti Robbery Squad and Makinde Police Division would come in, and nothing would come out. The Alagbole boys and Garage Boys have been disturbing us. We do not want them to bury this recent devastation, like other cases. I want the government to wade into it this time so we can have lasting peace.' Punch