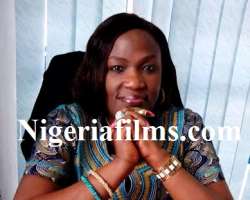 Miffed by the inability of her management to pay workers, On Air Personality and General Manager of Family Lover FM in Umuahia, Crystal Jane Cosmas otherwise known as CJ Mama has called it a quit with other staffers of the Abia State based station.

Disclosing reasons behind her resignation, our source authoritatively informed that it was based on the reluctant effort of the management to pay her team of workers' salary at when due, which had clocked to eight months. Informing, our source further stated that twelve hours after CJ Mama personally tendered her resignation, the Multi-Mesh group and managers of Family Love FM rejected and refused to honour her letter.

“It would have been a great disaster for the company if they had honoured her resignation letter, but then I think she is bent on quitting. Of course, she cannot be working when she is owed for almost a year, while her workers are owed for eight months.

“As a leader, she sees their pains. Whatever good she will achieve should be from her workforce, which also concerns her team and their welfare,” our source stated.

Also based on some internal shady deals between the Station's management and All Progressive Congress (APC), our close source also informed that the deal which involves millions of naira could be seen by CJ Mama as against the ethnic of the profession.

Towards reversing to the step taking by the management to avert crisis rocking the Station, “it will be based on renegotiation with her, team and management of Family Love FM. Anything outside from such fresh negotiation, I don't think she will be coming back to the Station,” our source asserted.