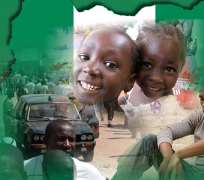 There were strident denials from the Abia State Govt. a mind-blowingly embarrassing statement from the Commisioner of Police in Abia saying the rape looked "consensual" and the usual blame the victim brigade. It was a virtual firestorm.

Fast forward to 2013. In March a police report indicated that the rape victim and accused rapists in the video had been identified and located not in Abia State but in Obite Rivers State.

It revealed that the victim was a married woman and at least one of her rapists a relative of her husband. Compared to the frenzied outrage of the rape video this news got the equivalent of a bored yawn.

There were no petitions or freedom of information requests to get more information from the police. No campaigns to raise money to investigate the claim and raise money for the victims legal fight or rehabilitation. We all failed in our duty, the ever loud #Mob No catchy hash tag.

Nothing but a few feeble tweets and updates about the story sounding doubtful and sad, we couldn’t afford to resuscitate #ABSU so as not to drown our current # party, a new Voyeur for social meetings under the name of protest, candle at night, opportunity for ‘networking’ then a chance on the daily shows of the television, our best suits, a fresh haircut and then another ‘sponsorship’ from telecommunication firms, who could as well also donate some of the ‘investment’ into helping victims of rape. Like vultures the #Mob wait for another fancy cause, then we rake, we increase our ‘followership’ graphic designers in waiting, it is now trendy to shout it, wear few T-shirts and then go to sleep.

Fast forward to August 2013: The Nation publishes a truly heartbreaking follow up story that reads like an over the top Nollywood tragedy.

The gang rape victims husband has been tracked down to Obite and he reveals the horrific consequences of the rape. His wife suffered a miscarriage after the rape, is now HIV positive and has lost a baby to HIV/AIDS. The suspects (some his relatives) are walking free. The arena for justice was a magistrate’s court? The couple lives in fear of the alleged big shot sponsor of the rape who he claims is influencing the case and has a band of thugs on call.

The now HIV positive rape victim is with her parents in Owerri. They are clearly on their own. Yesterdays outrage from strangers will not get them justice. The hashtag brigade has moved on, to another trendy # voyeur.

Ironically only thing the campaign may have succeeded in doing was alert the husband to the rape. His wife kept it secret and he found out when friends showed him the video of the latest Nigerian scandal.

I have heard defense put up about the story sounding fishy or being a cover up by some parties. That misses the point. Did the March police release even generate a discussion? An investigation? The follow up whether accurate or not was not pursued with any interest.

Without these journalists attempt to track down the story we have now all the emergency citizens journalists who emerged in those times wouldn't stirred from the next big thing.

No women or human rights NGO coalitions issued press releases or headed out to provide legal aid. Even the bounty offered online for information on the rapists wasn't used for follow up or converted to a legal fund.

While a victim lives with bone crushing injustice thoroughly unaffected by righteous intentions the #hashtag mob has moved to the next sexy hashtag. No closure. No ability to sustain. No strategies. No moral ground to demand anything better from our leaders. No impact on anything of value. We all need deliverance.

Disclaimer: "The views/contents expressed in this article are the sole responsibility of thewillnigeria.com and do not necessarily reflect those of The Nigerian Voice. The Nigerian Voice will not be responsible or liable for any inaccurate or incorrect statements contained in this article."
Articles by thewillnigeria.com
12-8-2013  Nigeria's Industricide, And The Zebra Conflict11-8-2013  Taxation As Catalyst For Delta Renaissance11-8-2013  Christianity Has No Class Distinction (4)11-8-2013  2015: The Win-win In A Northerner, Jonathan Not Running11-8-2013  Christianity Has No Class Distinction (3)More...