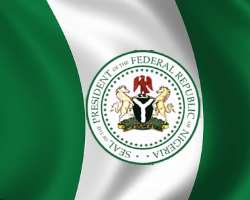 
Latest governance poll results released by NOI Polls Limited for the month of July 2013 has revealed that the President’s approval rating increased by 9-points (53%) after remaining constant at 44% in May and June 2013. In addition, the results reveal a slight improvement in the situation of power supply as more Nigerians experienced an improvement (38%) in July, compared to June (32%), thus creating a positive effect on the approval rating of the President.The current results further affirm previous findings by NOI Polls that suggests a link between the perception of power supply and the approval rating of the president.

Further analysis reveals that while about 38% of Nigerians claimed to have experienced improvement in power supply, four geo-political regions accounted for the highest proportion of respondents ' North-Central (51%), North-East (47%), South-East (41%) and South-South (40%). Similarly, three out of the four regions  also accounted for the highest ratings of the Presidents 53% approval in July ' North-Central (56%), South-East (73%), and South-South (62%). These are few of the key findings from the governance snap poll conducted in the week of July 22nd 2013.

The results presented are the 7th in the monthly series of governance polls conducted by NOI Polls to gauge the opinions and perceptions of Nigerians regarding three critical elements ' the approval rating of the president, the performance of the current administration, and the situation of power supply in the country.

As in previous months, respondents to the poll were asked three specific questions. Firstly, in order to measure the approval evaluation of President Goodluck Jonathan over the past 1 month (July) respondents were asked:Ã‚ Do you approve or disapprove of the performance of President Jonathan in the past 1 month:Ã‚ Response to this question revealed some interesting findings (Figure 1).

In addition, 22% of the respondents remained neutral in rating his performance as  they neither approve nor disapprove (compared to 30% in June).

Furthermore, the proportion of respondents that approved of the President’s performance experienced an average increase of 9-points across all the geo-political zones from June to July; however, the South-East zone recorded the highest increase of 21% from June (52%) to July (73%).

Figure 4
Thirdly, in order to evaluate the general situation of power in Nigeria within the past month, respondents were asked: How would you describe power in your area in the past 1 month? In response to this, the overall majority (30%) indicated that the power situation in their area has improved a little, this is followed by respondents  (22%) that were of the opinion that there’s no difference at all, and those that indicated Ã¢â‚¬Å“it remains bad (22%). In addition, while18% of the respondents stated that the power situation remains very bad and has gone worse, 8% affirmed that it has improved very much (Figure 5). The results indicate that a total of 38% (30% + 8%) of respondents affirmed that they have experienced slight improvements in power supply in the month of July, compared to the previous month (June: 32%).

From a regional standpoint, majority of the respondentsÃ‚ (40%) that experienced a little improvement in the month of July were from the North-Central zone (51%), followed by theNorth-EastÃ‚ (47%), South-East (41%) and the South-South (40%) zones. In addition, theNorth-WestÃ‚ zone accounted for the highest proportion of respondents (36%) that indicated power supply in their area “remains bad” and also accounted for the most number of respondents (25%) that say it’s very bad has gone worse.

Figure 6
In conclusion, findings from the current poll have shown that about 5 in 10 Nigerians (53%) approve of the job performance of President Goodluck Jonathan, and this rating marks a 9-point increase from the month of June (44%). This current July rating of 53% ranks as the second best rating in seven months, behind February (54%). The results also revealed that although majority think the present administration performed averagely, however the proportion of Nigerians that think they performed well increased by 6-points from JuneÃ‚ (23%)  to July(28%) and by 6% in comparison to the average obtained from the previous six months (22%). Furthermore, the current results reveal slight improvements in the power situation (38%), compare to the previous month (June: 32%). This further affirms previous findings by NOI Polls
suggesting a link between the perception of power supply and the approval rating of the president.

Consequently, it is clear  that one way the President can improve his approval rating is to ensure his power sector reform is sustained and that power supply is improved across the country.

Survey Methods The opinion poll was conducted on July 26th to 30th 2013. It involved telephone interviews of a random nationwide sample. 1,004 randomly selected phone-owning Nigerians aged 18 years and above, representing the six geopolitical zones in the country, were interviewed. With a sample of this size, we can say with 95% confidence that the results obtained are statistically precise – within a range of plus or minus 3%. NOI Polls Limited is Nigeria’s leading opinion polling and research organisation, which works in technical partnership with the Gallup Organisation (USA), to conduct periodic opinion polls and studies on various socio-economic and political issues in Nigeria.