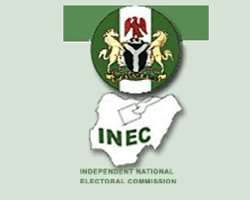 
By Emmanuel Onwubiko
Oguta state Constituency in Imo state has not produced representative to the Imo State House of Assembly since after the 2011 general election more than two years now.

The Independent National Electoral Commission (INEC) which is charged with the constitutional duty of conducting free, fair and transparent election to produce the duly elected representative of the people of Oguta to the Imo State House of Assembly has failed woefully to discharge this simple role because of a number of factors tied to the apron string of corrupt practices and pandering to the whims and caprices of some political forces bent on ensuring that the will of the people of Oguta is subverted.

Mr. Eugene Dibiagwu of the Peoples Democratic Party [PDP] and Chief Walter Uzonwanne of the All progressives Grand Alliance (APGA) are the leading protagonists in the unending dispute to determine who the authentic representative is to the Imo state House of Assembly.

INEC has unwittingly let itself be caught in the web of the internecine political crossfire between the ruling national party-Peoples Democratic Party (PDP) and the Imo state ruling All Progressives Grand Alliance (APGA). It is believed in several quarters that the electoral commission has let down the genuine electorate in Oguta by failing to live above board like Ceaser’s wife in ensuring that transparent, free, fair and peaceful election is conducted once and for all so that the civil-political rights of the people of Oguta being systematically denied them is restored.

Few weeks back, the electoral commission for the umpteenth time, failed to deliver credible election to determine the real winner in the protracted battle between both PDP and APGA to win Oguta.

On its part, INEC has unbelievably blamed some federal legislators from Imo State and the officials of the State government for making it impossible for the final determination of the result of the re-run election to be publicly announced so that the winner could be sworn into represent Oguta people who have being shortchanged in the political affairs of the state since they have no validly recognized representative in the Imo State House of Assembly.

Attahiru Jega, the INEC chairman was quoted to have condemned the influential politicians from Imo State for creating an atmosphere of chaos during the election which led to it being inconclusive but one of the contenders Ã¢â‚¬' APGA has faulted INEC and has called for the release of the result since only very few polling booths were affected by the withholding of results.

Upon investigation, I was told that Senator Hope Uzodinma and former Senator Arthur Nzeribe who hail from that area have vowed to ensure that Oguta is delivered to PDP to see if it can gain some influence before the 2015 polls. I have no problem with persons showing their ambitions to win election provided that the conduct of such election meets international best practices.

The fact that President Jonathan has voiced out his displeasure with the stalemate in Oguta state constituency shows how serious the national ruling party views winning that slot and by so doing gain some mileage before the coming polls.

While playing host to a delegation of the Nigerian Senators Forum, NSF, recently, President Jonathan condemned the irregularities that allegedly characterized the election, saying that conduct of certain persons and groups involved in the election totally negated the spirit of one man, one vote which his administration is trying to entrench in Nigeria.

The President urged INEC and the nation’s security agencies to take immediate steps to bring all those who played any role in the violence and electoral irregularities that marred the election to justice.

“Those who made it impossible for the rerun election in Oguta to be conclusive must be brought to book,” he said.

“We must make it clear that impunity in the perpetration of violence and irregularities during elections will no longer be tolerated.

Sanctions, promptly imposed on guilty persons, will deter others from engaging in such acts in future.”
The Imo state governor has allied himself politically with the All Progressive Congress (APC), the opposition platform yet to be registered which is expected to give PDP a fight for their money in the 2015 election. This is creating considerable upset within PDP.

My take is that should INEC fail to prosecute those it has identified as big men violators of the electoral Act which led to the frustration of the outcome of the Oguta State Constituency re-run election, then it cannot be trusted to deliver credible election in 2015. The ball is in the court of the electoral umpires.