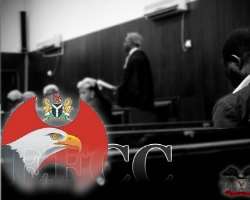 The accused is alleged to have sometime in 2012, issued various cheques amounting to N120 million which when presented for payment were dishonoured. He is also said to have obtained by false pretence the sum of N8 million from one Dr. Obiora Okonkwo.

Count one of the charge reads: “That you Chukwuma Paul Chukwuma on or about 23rd October, 2012 in Abuja, in the Abuja Judicial Division of the High Court of the Federal Capital Territory did obtain credit for yourself by means of a post dated Guaranty Trust Bank (GTB) cheque No. 334 dated 23 October 2012 issue in favour of Solicon Engineering Limited in the sum of Fifty Million Naira (N50, 000,000.00) only on which when presented for payment within three month was dishonored on the grounds of insufficient funds standing to your credit and thereby committed an offence contrary to section 1 (1)(b) of the dishonoured cheques (Offences) Act Cap. D 11 Laws of the Federation of Nigeria, 2004 and Punishable under Section 1(1) (b) (i) of the same Act.”

Chukwuma Paul Chukwuma pleaded not guilty to the charge.

Justice Garba ordered that the accused person be remanded in Kuje prison and adjourned the matter to August 2, 2013 for ruling on the bail application and September 19, 2013 for trail.