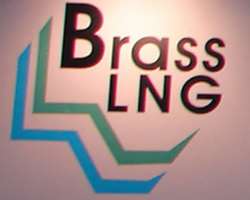 
By: Ifeanyi Izeze
To say the continued delay in the signing of the Final Investment Decision (FID) on the Brass LNG Project has become a vexed issue in the Nigerian oil and gas sector is a gross understatement. Why is it becoming impossible for the federal government to harmonise the interests of partners in the project to agree on a way forward and seal the critical investment decisions on the two-train, 10 million metric tonnes per year project?

Recent developments on the project are not only worrying but could be counter-productive no matter how anybody may want to tilt the story. After several missed dates, the FID was slated to be signed in the first quarter of this year and then it was shifted to June on the excuse that by the end of the first half of 2013 negotiations with off-take buyers would have been concluded as there must be ready market for the produced gas and contracts backing such transactions must be concluded before the final commercial/investment commitment is sealed by the stakeholders. Now we have missed the June deadline again and nothing in the horizon shows any serious step has been concretized towards restreaming the initiative.

Impressive milestones have already been achieved on the project including the signing of the Memorandum of Understandings with six would-be termed off-take buyers including British Petroleum (BP), British Gas (BG) and Suez LNG Trading S.A. amongst others for the sale of the entire LNG production for the first two trains, each for a 20-year period. However, the final Sales and Purchase Agreements with the identified buyers which in real terms is tied to the FID cannot be signed until stakeholders in the project show seriousness in their commitment and this is where the problem lies.

The danger in our delay is that several LNG projects across the world has been tied up in long term contracts, and several of these contracts will expire from 2017 and that is the exact time Nigeria is focusing the Brass LNG project to come onstream. So since the project is going to build for about 50-60 months, Nigeria needs to wake up its ideas now so it would have enough time to build and take advantage of the market windows that will open when some of the existing term contracts will end.

The Nigerian government should actually look closely at some of the stakeholders in this project as some of them may have become double-minded as a result of the recent hype over the US shale gas development.

Of course the shale gas initiative will definitely affect our various LNG projects particularly the Brass project which is still at planning stage at least in the hyped politics of the shale gas initiative. Truth be told, gas resources from shale will not be able to pose any serious threat to production of petroleum associated gas at least in the next 30-50 years because of production and environment issues associated with production of oil and gas from formations that are predominantly shale.

All these confusion started when ConocoPhilips of the United States announced its exist from the project and since then, it has been one issue or the other.

By the way what did ConocoPhillips contribute to the project that the company’s exit seems to frustrating the entire initiative?

Agreed the company brought in technology, but has this not been acquired?

They brought in expertise and experience, and of course financial muscle which also is not impossible for the other partners and the federal government of Nigeria to replace. So what is the problem now?

Is it not surprising that up till now the issue of availability of gas feedstock for the project is still unresolved?

The Petroleum Industry Bill (PIB) is also not helping matters as would-be gas suppliers are already protesting what they called harsh fiscal regimes as recommended in the PIB that will make gas development not only unprofitable but very challenging. The suppliers are insisting they have to invest heavily in gas development if they are to commit to a Gas Supply Agreement (GSA) for 25 years with Brass LNG. And then the questionable ability of the Nigerian National Petroleum Corporation (NNPC) to fund its own share of Joint Venture cash call for this development still adds to the confusion.

Will all these not make it harder to convince the Export Credits Agencies (ECAs) expected to form a key part of the Brass LNG project’s financial plan? ECAs provide government-backed loans, guarantees and insurance to corporations seeking business opportunities in developing countries and emerging markets but these facilities are not just there sitting down waiting for Nigeria to do all the foot-dragging and then show up anytime they wantÃ‚ to collect the facilities.

So why has it become too difficult for other critical stakeholders to move on without ConocoPhilips? While we are still grappling with aspects of the project that Nigeria does not have any control over, the federal government should firm up all pending agreements with operating companies that are supposed to supply the natural gas feedstock with the urgency it deserves to rejig interest in this very crucial project.

The federal government should reassure partners in the project that it is ready not only to meet its financial obligations but also encourage other stakeholders who may no longer be convinced on the viability of the project. We have progressed to a level that going back on this project is not even an option and foot-dragging only increases the cost which has actually shot up since the initiative was first conceived in 2007 and dragged till 2013.