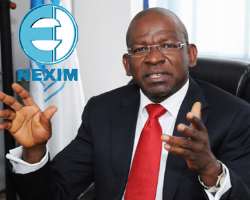 Africa remains the choice bride till date but the kind of marriage this bride is enduring is what should be of concern. Analysts outdo each other to expound on the subject of growing Chinese influence on the continent particularly in East and West Africa. Oftentimes, such western analysts are strident in their call on the governments of their countries to be proactive in checking Chinese influence in African countries without equally pointing out that such calls are meant to help their governments maintain the status quo.

Consequently, regardless of what foreign interest wins this contest, the continent faces a kind of lose-lose situation since the foreign interests behind investment in the regions or countries get some measure of automatic assess to the market. The end result is dumping as the various foreign interests combine the advantages of international treaties, financial resources and technology to deliver goods and services to Africa at prices that local industries cannot match. In Nigeria, the result of cheaper goods arriving to compete with local manufacturing is already glaring, with grievous security implication for the country. Not helped by the parlous energy supply, industries have shut down and the alternative of importing from neighbouring Economic Community of West African States (ECOWAS) countries is equally not attractive. The cost of freight simply adds to other costs to make goods from the region more expensive than those arriving from other continents, thereby making it a futile mercantilism.

Beyond stifling the economy of the ECOWAS region, this situation has equally slowed down the integration of the trading bloc in line with the vision of the founding fathers of the regional body. Individual countries equally end up stuck with produce that cannot compete adequately in other markets.

This is where the initiative of the Nigeria Export Import (NEXIM) Bank, in conjunction with the Federation of West African Chambers of Commerce and Industry (FEWACCI), in floating the Sealink project is refreshing with the ray of hope it offers to the sub-region. The project facilitated by NEXIM Bank under the leadership of Mr. Roberts Orya as MD/CEO will help sustain Nigeria’s role as a leader on the continent, particularly by harmonizing commerce in the West African region.

Full implementation of the $60 million project would see the shipping time within the region drastically reduce from the present 45 – 60 days to about 72hrs while it can also act as a stop gap measure pending the completion of other regional economic infrastructure like rail and roads. It will equally take the pressure off these alternate infrastructures and ensure their durability.

Information supplied by NEXIM Bank showed that the project needs $36 million to buy “vessels, equipment, office space and other infrastructure and $24 million for working capital to cover general and administrative costs – these funds are expected to be raised through equity and debt financing respectively”.

Mr. Orya’s vision it to see a significant reduction in the high transportation costs, which taken alongside reduction in the present excessive transit time, would place West African products in a vantage position to compete with goods from other markets. The project will also cut down the capital flight from the region in terms of freight rate payment capital flight of an average of US$5billion annually from import/export tonnages.

It is heartwarming that various stakeholders are buying into this project and supporting it in various capacities. But, it has become imperative for action to be expedited towards fast- tracking the execution of the project. This is so especially when the entire sub-region, Nigeria not excluded, is in dire need of the benefits from this initiative. The direct and indirect employment that the Sealink project will create is aspects that should stimulate stakeholders to speed up its delivery and ensure that the original three years’ time frame is adhered to.

The approach adopted by NEXIM Bank in facilitating the Sealink Project could be explored further for the purpose of meeting the infrastructural needs of Nigeria and the ECOWAS region, the road and rail networks to link West Africa countries are still largely absent, with funding being a major issue. A regional airline can also be floated under a similar arrangement to improve on the existing flight connection within the sub-region and beyond.

The concept behind Sealink has shown that we can do it and we don’t need analysts to discuss how best to repartition Africa for foreign interests.