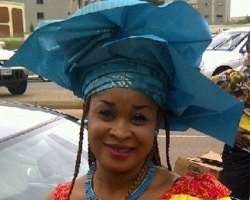 As I picked up my pen to write the story of an encounter I had recently with one of the nation's emerging child rights champions- Miss. Stacey Odinakachi Ukaobasi, my spirit was dampened when suddenly the consciousness of the ugly experiences of our contemporary Nigerian children flashed through my sub-conscious.


I suddenly realized that the last two years can rightly be described as some of the toughest in the lives and times of the Nigerian Citizenry and most especially the younger population who are usually at the receiving end of absolute poverty, terrorism and other manifestations of bloody violence and crimes that have enveloped the nation.


From Sokoto to Maiduguri in the North West and North East and from Lagos to Calabar in South West and South/South Nigeria, respectively, the plight of children has increasingly assumed frightening dimension just as other serial social menace of sexual molestation and exploitation which culminate in child trafficking have all but increased.


The grave danger facing contemporary Nigerian children attracted global attention and introspective study when the 2013 Special edition of The Economist news magazine titled “The World in 2013” recorded a frightening revelation that Nigeria will in the year 2013 rank as the worst place on the planet Earth for babies to be born.


At first some of us with overwhelming patriotic zeal disputed this sad episode graphically depicted by this international news magazine and asserted that there was no how war torn nations like Somalia and Syria would rank better than Nigeria in the global ranking of the best and worst places for new borns to arrive this year.

The reporters who conducted the global wide survey which was published in The Economist with the sub-title of “The lottery of life” were too sure of their facts that they insisted that Nigeria is indeed the worst place for babies to be born in 2013 given all the basic indices and scientifically verifiable empirical evidences drawn from measurement of which country will provide the best opportunities for a healthy, safe and prosperous life in the years ahead.


The Economist wrote thus; “Its quality-of-life index links the results of subjective life-satisfaction surveys-how happy people say they are-to objective determinants of the quality of life across countries. Being rich helps more than anything else, but it is not all that counts; things like crime, trust in public institutions and the health of family life matter too".


In all, the index by this international global-wide news magazine The Economist takes 11 statistically significant indicators into account. They are mixed bunch: some are fixed factors, such as geography; others change only very slowly over time (demography, many social and cultural characteristics); and some factors depend on policies and the state of the world economy.


The United Nations Development program (UNDP) recently issued her latest report on the human development index whereby the claim by The Economist that Nigeria is the worst place for children to be born in 2013 was rendered very credible, factual and a pragmatic reality.


The UNDP report places Nigeria amongst the least countries of the world that recorded achievement in the upgrade of the welfare of their citizens – the Low Human Development category, where mostly poor nations or low-income countries as they are called belong.


Nigeria, our country in which we so much arrogate to ourselves the prime position of the 'giant' of Africa, ironically on the rating table of the UNDP is placed number 153 out of a total of 186 countries around the world where the survey was conducted.


The report says 143 under-five children die yearly of preventive disease out of every 1000 births; 630 women die out of every 100,000 deliveries in the country; the population of people living under one United States dollar and twenty five cent per day (an average of N170) is 68 per cent while life expectancy is 52.3 years, which if translated to concrete terms means that the majority of Nigerians die before even the public service's retirement age of 60 due largely to what I may term man-made deprivation and mass poverty occasioned by lack of good governance.


This is so, according to the report, because Nigeria's public spending on health yearly, relative to the size of her Gross Domestic Product, is just 1.9 per cent, which earned the country a score of less than one per cent-at 0.510 per cent.


But why these imposed sad travails of most Nigerians and especially the Nigerian Children especially when statistical evidence from the nation's budget office in Abuja showed that at least, N18.844 trillion was generated and spent between 2011 and last year in Nigeria by the Federal and State government?


The Budget Office also declared that the country recorded real growth, the Gross Domestic Product (GDP) of seven per cent in 2011 and 6.28 per cent in 2012. The critical situation of the Nigerian child as confirmed by international observers belie these fake statistical claim of economic boom as encapsulated in the report from the Nigerian Budget office.


Some of the above sad development formed the inspiration and passion by the middle age Miss. Stacey Odinakachi Ukaobasi for stepping out with series of advocacy campaigns to highlight the plight of the Nigerian Children and to use her talents as a community mobilizer and social activist to seek for positive transformation and change in the living conditions of millions of the Nigerian children.


Born and educated variously South East Nigeria, Miss Ukaobasi who hails from Abia State has recently in Abuja, the nation's capital, unveiled her new initiative called “Forum for CHILD RIGHTS PROMOTION” which was recently registered by the Federal government as a not-for-profit, non-governmental organization with thematic focus on the promotion, protection of the fundamental human rights of the Nigerian Children.


Miss Ukaobasi has through series of charitable activities with orphaned/homeless children, demonstrated an uncommon zeal to use her platform to put pressure on the federal and 36 states governments including the Federal Capital Territory to invest meaningfully in the capacity building, education and proper upkeep of the Nigerian Children because in her assessment, it is dangerous for government and the private sector to continue to neglect the welfare of the Nigerian children. She indeed wants the Federal Government and the 36 state governments to bring back functional child's welfare homes in the local government area councils to bring succour to the disadvantaged children who roam the streets in abject poverty.


Her organization recently gave out a dozen scholarships to indigent children even as she has done a lot of advocacy activities to enlighten children on healthy living and the need to embrace reading culture because for her if the children are adequately educated then the future and prospects of Nigeria is bright.


Her organization-Forum For Child Rights Promotion [FCRP] needs corporate sponsorship from the likes of banks and telecommunication firms in Nigeria so that the message of hope can be adequately imparted on the Nigerian children and for positive impacts to be made on the lives of the Nigerian Children who are currently endangered.


Miss Stacey Ukaobasi who is the owner of young brain and beauty pageant in Abuja is also the mother of the beautiful and talented creative fine artist daughter in junior secondary school in the nation's capital by the name Jennifer Chiakwelu who incidentally won the coveted prize as the young children queen of Aso-Abuja in the year 2011.


Miss Ukaobasi who has extensively travelled, has garnered a diploma certificate in law from the Enugu State University and a Bachelor of Science Degree in marketing from the same institution just as she has had extensive professional experiences in different enterprises.


She has promised to initiate series of pro-poor projects targeted at improving the living condition of the Nigerian children which in my considered opinion should be supported by all lovers of Children so that together we can stop the serial abuses of human rights that are unleashed on our children.