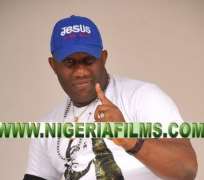 Front-line star actor, Ernest Azuzu who is known for his unique ways of interpreting roles, after returning from oblivion is back in the industry to continue from where he stopped his acting career some years back.

Azuzu, since he bounced back in the industry has featured in some Nollywood movies.

Speaking more about Nollywood, Ernest said some movie producers pay peanut, “some movie producers don't pay well, they pay peanuts to actors. Instead of them to write a story that will contain few people which will allow them to pay well, they will not do so. At times, some scenes shot in the movie are irrelevant; they spend money on some unnecessary things which is affecting the budget of some movies”.