Abuja - Mini Bus Drivers in the Federal Capital Territory on Monday protested against the FCT Administration's new policy restricting the buses from entering the city centres.

Mr Taiwo Aregbeshola, a driver, who plies Gwagwalada-Lugbe-Garki route, told reporters in Abuja that that the drivers were against the policy.

FCTA suspended the policy for three weeks from Jan. 16 to Feb. 7 to allow for public enlightenment. 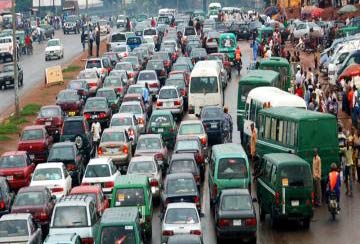 *Abuja commercial buses
The restriction, announced on Jan. 12, sparked protest by mini-bus operators in some parts of Abuja.

Few buses were seen in the morning operating on the Gwagwalada-Lugbe and Suleja-Kubwa routes on Monday, rendering many people stranded.

Aregbeshola appealed to the government to allow registered mini buses popularly called 'araba'' to operate alongside the High Capacity Buses.

'It is supposed to be a competitive market. What plans does the government have for the mini bus drivers?

'What will someone be doing after the ban. Does the government want us to go and steal; after the three weeks,'' he asked.

Mini bus operators on Mararaba-Nyanya-Wuse routes said they would join the protest on Feb. 5.

Mr Bernard Adeyi, the Chairman, National Union of Road Transport Workers (NURTW), Mararaba branch, said the protest became necessary because 'they are taking our job out of our hands.

'Some of us borrow money to buy buses in order to make ends meet. How are we going to be getting our daily bread; training and feeding our children,'' he queried.

Ekuya Paul, who operates on Mararaba-Nyanya-Wuse, said: 'the government should try and be considerate''. (NAN)