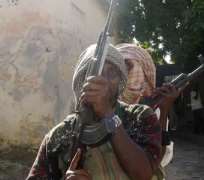 SAN FRANCISCO, February 01, (THEWILL) – A prison warden and his friend were killed, Friday afternoon, in Gombe by unknown gunmen who also injured a blind man.

The incident came less than 24 hours after two policemen were shot dead at a checkpoint in the heart of the town.

The three gunmen, who came in a black 1990 model Honda Accord, according to an eye witness met the Prison Warden who went to visit his blind friend, Mallam Ali, in front of his house in Amadu-Kaffi area of Gombe town and fired several gunshots on the two while a passerby sustained gunshot injuries and was immediately rushed to an hospital.

However, the Police Public Relations Officer (PPRO) of the Gombe State Police Command, DSP Fwaje Atajiri, said he had not received the report.

Meanwhile, the state government has placed a ban on the operation of commercial motorcycle operators popularly known as okada from 5: pm to 6 am.