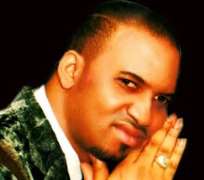 Dr Chris Okafor, who is the General Overseer of Mountain of Liberation and Miracle Ministry (MLMM), has been named as ambassador of peace by a Ghanaian news tabloid in a colourful event that witnessed movers and shakers around the world.

He was also honoured with another Integrity Award of the year, while Newsthurb magazine, on its own, honoured Dr Okafor as the Best Accurate Seer for the year 2012.

This, the tabloid said was because all the prophesies given by this oracle of God came to pass within the year in view. This award was part of the magazine's second year anniversary celebration.

Receiving the award, Dr Okafor remarked that the three different awards that he bagged clearly indicate that whatever one is doing, there are people monitoring. He then thanked all the organisers of the three awards and prayed that God in his infinite mercy, rewards them too.

He then challenged other men of God to be their brother's keepers and not to look for the downfall of their fellow brethren either because they are doing better than them.

Prophet Chris Okafor recently concluded a powerful crusade in Ajah, Lagos, with the theme 'You Will Pay For It'.

The church is now set to empower over 3,000 widows through its annual widows empowerment program coming up in February.