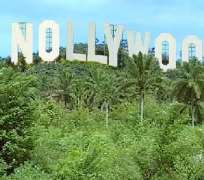 When Hollywood announced its 2013 Oscar Award nominations earlier this month, it was said that many Nollywood stars braved the time difference and were wide awake to hear the nomination row-call. When it came to nominations for Best Foreign Language Films, no single Nollywood or Nigerian movies were nominated. Some of the Nollywood stars were said to be little disappointed by Hollywood for not giving Nollywood its due respect or 'props' as she mightily deserved.

Nollywood should recognize that Oscar's Academy Award is in the business of promoting Hollywood and swelling the bank account of its people. Nollywood has been phenomenal, within a span of ten years it has replaced Hollywood as the second largest movie producers, while Bollywood of India continued to take the first place. Nollywood is gradually but steadily becoming a business competitor to Hollywood in Africa, if not beyond.

In comparison, “Nigeria’s Nollywood is the third largest film industry worldwide right behind Hollywood in the US and India’s Bollywood. Its filmmakers have mastered the art of producing entertaining popular media with low production costs and high revenue gains. According to Black Enterprise, Nollywood produces more than 2000 moves each year and brings in $250 million in profit.” as Charlotte Young wrote in Madamenoire. Nollywood has the potential to be a global juggernut akin to Hollywood but more work must done in establishing legal frameworks and entertaiment infrastructures including copy write laws, protection of intellectual property and adequate distribution centers.

First of all, it makes sense to explain how foreign movies are nominated for Oscar awards. The first thing to do is to submit a movie or movies for nominations. Secondly, lobby the Academy Board for selection and when nominated go further and intensify the lobbying to get the voters to support the movie. The later may require hiring a Hollywood agent in order to make it possible.

Without any inquiry and probing, I have the hunch that energetic Nollywood film makers will definitely submit movies for consideration. For now that is good enough for Nollywood for only time will take care of being part of the nominations and winners.

Nollywood film will never be selected or win Oscar award unless it has a Hollywood connection and by this I mean financial or monetary interest. Nollywood has not even recognized how powerful she is becoming, for Nollywood poses a business threat to Hollywood especially in Africa and developing nations. What Nollywood did in Africa and beyond was to displace Hollywood by telling the stories average Africans can identify with and not some tinseltown stories that are quite far away from African experience and cultural make-up.

Nollywood has captured the spirit and soul of Africa on a motion picture. The Nollywood is antithetical to the Hollywood early movies that make mockery of Africa by distorting her humanity with comical and disparaging projections. The Nollywood experience is a resourceful mouthpiece for the old and new Africa - the good, bad, rich, poor, and of course the authentic Africa which is rooted on African perspective. Nollywood stands for something beyond just making movies but a movement that illustrates, defines and captures Africa's sense and sensibility without seeking for permission or apology unlike African polity.

The introduction of the category for Oscar nomination for Best Foreign Language Film started in 1956. The much older and established Bollywood has been submitting their movies from 1957 to the present day. With all the movies submitted, Bollywood has only been nominated for three movies and none has ever won.

Nollywood has every attribute just like Hollywood to give it an international acceptance. Nollywood have the glitz, gossip, brains and beauty; and Nollywood stars are gaining name recognition in the world. The works of and faces like Genevieve Nnaji, Nkem Owoh are gaining a growing acceptance in the film world. In nearest future many Nollywood stars will be invited to become part of Hollywood because of the enormous talents, moreover there is money to be make in Nollywood’s Nigeria and Africa. It is already happening in the music industry, you have many American musicians collaborating with P Square and D’Banj.

With Africa's exploding population and purchasing power, time is on the side of Nollywood. The time is not distant away when Hollywood will beckons Nollywood for collaboration and partnership. Nollywood must be persistence and must not relent on her quest to entertain the world.