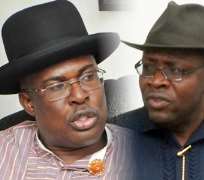 SAN FRANCISCO, January 08, (THEWILL) – Former Bayelsa State Governor, Mr. Timipre Sylva has dismissed the claim by the Governor Henry Seriake Dickson administration that it inherited only N4, 451 in the Bayelsa State treasury when it took office, describing it as a face saving prank.

Sylva in a statement by his Media Adviser, Doifie Ola, said he ran the “most prudent and transparent government Bayelsa has ever witnessed since the Fourth Republic” adding that in spite of the enormous challenges when he took over from Dr. Goodluck Jonathan, the state’s debt profile was not anywhere near what the Dickson administration is claiming.

The full text of the statement reads, “Monday’s claim by the Henry Seriake Dickson administration in Bayelsa State that it inherited from the former governor, Chief Timipre Sylva, a state treasury with N4, 451 was at best the outburst of an illegitimate governor troubled by an attack of conscience.

It is interesting that one year after Sylva left office, Dickson is still obsessed with the ghost of the former governor.

Sylva never contested elections with Dickson. Sylva was illegally excluded from running for re-election by the forces that force-footed Dickson in office and foisted on Bayelsa the ignominy that Dickson and his gang have been frantically trying to whitewash with Sylva’s name. But they have continued to fail and fail quite resoundingly. Bayelsans and Nigerians have since become wise to the gang’s deception.

Bayelsa State has never had it so bad. Bayelsa is mourning the Dickson disaster.

Everyday, all you hear is that some phoney amounts have been saved, but nothing is happening in terms of delivery of projects and good life to the people. Rather than concentrate on what leadership ought to be, Dickson and his gang are busying chasing Sylva’s shadows, like the Biblical evil man who runs when no one is pursuing him. This clearly shows how confused he is.

As for the questions of Bayelsa State debt profile and bond, contrary to insinuations in the Dickson outburst, Sylva ran the most prudent and transparent government Bayelsa has seen since the Fourth Republic. In spite of the enormous challenges Sylva faced when he took over from Dr. Goodluck Jonathan, the state’s debt profile was not anywhere near what Dickson and his gang want the world to believe throughout Sylva’s stay in office.

By our records, we would have concluded payment of all our outstanding debts, except the bond, by February 2012.

The N50 billion Bond that the Bayelsa State Government under Sylva took was on an even key as at the time Sylva left office. It was a project-specific loan; all money was paid directly to the contractors. No money came to the Sylva government. And the projects for which the loans were taken were almost completed at the time he left office.

The Sylva government had no chance of mismanaging the bond. The question of rising interest rates on the bond does not arise so long it is being serviced according to terms.

Besides, the state government’s commitment under the bond was to end by 2013. We do not know the kind of arrangements Dickson and his gang made that extended the commitment to 2017, as they claimed on Monday.

Moreover, when we left office in January 2012, the state’s monthly allocation from the Federation Account had not come. Sylva did not handover to Dickson. We are aware that Dickson has taken several loans and signed questionable Irrevocable Standing Payment Orders, while at the same time claiming to be saving money for Bayelsa State.

However, given the cowboy manner Dickson came into office, we are not surprised that he has problems with memory. All we can advise him and his gang is that they should stop these face-saving pranks with Sylva’s name, for it will never confer legitimacy on them.”