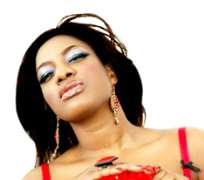 Talking about actresses who are so unique in what they do, the name, Chika Ike's will top the list as the beautiful thespian distinctively stands out amongst the crowd.

As the only actress who released her 15 highlights of last year, 'Chikalicious' sultry actress has, indeed, scored another feat with her annual publication that includes a calendar for the year 2013 as well as astronomical information and details of her activities and event pictorially.

Chika has become a darling of all in Nollywood and beyond due to the humanitarian works she does. She has been able to nurture and mentor many young boys and girls in realising their potentials in life. Not only that, the gentle disposition actress,

Chika has an amiable personality, which is a common streak that runs through her relationship with fellow human beings, through her avowed philosophy of loving and giving selflessly.

She is a ready giver, no matter the cost. This is why she has displayed this in an Almanac, not just for mere display, but for all to see and emulate. She is, indeed, a trendsetter!