The PIB and Corporate Social Responsibility 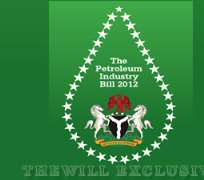 The proposed Petroleum Industry Bill (PIB) before the National Assembly has been viewed by many as the catalyst that will help transform the environmental and economic problems facing the oil and gas producing communities in the Niger Delta Region. The question of how the law will address human rights violation and corporate social responsibility becomes vital.

Growing up, vivid images of environmental and political degradation of the Niger Delta region of Nigeria were a terrifyingly common place: surfaces of rivers and streams littered with dead fish; little children dying from the effects of contaminated water and the devastating impact of violent unrest by vast numbers of  unemployed, disaffected and disenchanted youth.

The social economic problems in the region are grounded in a fundamental and systemic disregard for human rights and the inequities of resource allocation. If the revenues from natural resources obtained from these regions in Nigeria were properly managed and fairly allocated, the societal dissensions and historically deep resentments might be less profound.

It is no secret that the human rights regime – as it relates to corporate responsibilities in Nigeria is somewhat rudimentary. For example, although globalization has provided  massively profitable opportunities to oil companies in this region, and together with other multinationals,  the opportunity to operate legally and abuse weak regulatory structure so as to maximizing profit, the native inhabitants frequently continue to suffer. Investigations of corporate conduct carried out by Amnesty International and Judicial Watch in the Niger Delta region revealed serious violations of human rights, which have included, among others, environmental degradation, forcible displacement, extrajudicial killings and war crimes.

Although the United States and other developed countries recognizes human rights protection due to corporate unethical activities, countries in Africa, including Nigeria argued that the duty to protect against human rights violations by third parties rests with the state. The Nigerian government has frequently failed to meet its obligations to respect, and protect human rights, while providing security to the oil industry, because of its importance to the economy.

The PIB presented both a legal and regulated frameworks for corporate accountability in the Nigerian jurisprudence. Section 118 proposes the establishment of the Petroleum Host Community Fund – requiring a detailed and transparent financial distribution system to ensure that communities benefit directly from petroleum activities. It provides for direct financial transfer of 10% after-tax profits derived from upstream petroleum operations in onshore areas and shallow waters areas to the communities and littoral states.

Holistic analysis of the bill indicates that the PHC fund will be used for economic, social and much required human rights of the communities and not net gains as been asserted by some, including Mr. Daniel Reyenju a member of the National Assembly representing Delta State, who in a recent interview with one on the national dailies stated that it is like Oliver Twist asking for more.

The bill mandates the Minister of Petroleum Resources to regulate the manner in which the revenue will be allocated. This aspect of the bill in my opinion will open the door in principle to considerable political interference and possible non-transparency.

Part VII of the bill effectively addressed the issues of health, safety, and environment, however, section 293(2) provides that companies would not be held responsible for environmental damages resulting from sabotage. Furthermore, section 298 permits the Inspectorate and the Agency to hold any person or company liable for sanctions and to levy penalty in violation of health, safety and environmental issues. It mandates licensees, and contractors to support a precautionary approach to environmental challenges, encourage the development and the use of environmentally friendly technologies for exploration and development in Nigeria. Corporations are also mandated to comply with the relevant requirement of environmental guidelines and standards approved for the petroleum industry in Nigeria - utilization of good oil field practices and to restore the environment.