CBN May Overhaul Own Supervision Units 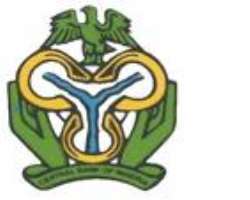 By Enitar Ugwu
A self-cleansing exercise prompted by the present rot in the banking sector has been initiated by the management of the Central Bank of Nigeria (CBN). It is principally directed at the apex bank's Banking Supervision Department, which is believed to have failed to properly discharged its functions in monitoring the embattled five banks.

It is believed that Chief Executive Officers (CEOs) of the five troubled banks may be arraigned by the EFCC today.

Unconfirmed reports also said that many of the debtors may also face charges.

A source in the apex bank informed The Guardian that the action would be taken by the Sanusi Lamido Sanusi-led management team after the ongoing recovery of non-performing loans.

He added that the hammer would fall on those officers who examined banks with loans that were non-performing from about six months upwards prior to the intervention of the special audit teams in these banks, but failed to reflect such in their reports to the apex bank.

This, he pointed out, is because some of the loans may have gone bad recently owing to the crash in the prices of oil in the international market, which may have affected the borrowers.

According to him, the management of the apex bank was shocked that the examiners sent into these banks for routine checks did not reflect the entire rot in the system in their various reports.

He said it was only when the special audit teams went into these banks that the magnitude of the problem came to light.

The Banking Supervision Department of the CBN carries out on-site as well as off-site supervision of banks and discount houses.

The department, among others, reviews and analyses the financial conditions of banks based on Capital, Asset quality, Management, Earnings, and Liquidity (CAMEL) parameters using prudential reports.

It also reviews and analyses statutory returns and other relevant information.

The unit equally monitors trends and developments for the banking sector and generates industry reports on a monthly and quarterly bases.

Others are conduct of on-site assessment of banks' financial condition, internal control system, reliability of information provided by banks and compliance with corporate governance code.

Commenting on the issue, Mazi Okechukwu Unegbu, a former president of the Chartered Institute of Bankers of Nigeria (CIBN), said judging by the performance of the department, "the department is a disaster."

He said the same people that passed the financial status as vibrant only last month and for this rot to start coming out, "how on earth do you explain that?" he queried.

Consequently, he said the ongoing cleansing exercise should not be limited to the banks but extended to other departments, especially the banking supervision unit.

The CBN official said: "This is because if the same people are allowed to stay there, the situation will continue. What that department requires is a surgical operation."

But the Managing Director of Financial Derivatives, Mr. Bismark Rewane, has called for caution till the CBN audit report is made public.

He told The Guardian that until the CBN audit report is made public, it would be premature to comment.

At this stage, he explained, it is difficult to say whether the department performed badly or not. It should be carefully established, stressing that if some of the loans had actually gone bad prior to the time the special audit teams went into these banks, and even at that, it must be established that such facts were omitted in their reports.

It was also learnt that the apex bank was considering seeking assistance from the United Kingdom's (UK) Financial Services Authority (FSA) in the area of capacity-building for both the CBN and the Nigeria Deposit Insurance Commission (NDIC).

According to the report, this is one of the cardinal reasons for the London tour embarked upon by the CBN over the weekend.

Also, sources said the tour was for Sanusi to brief foreign investors and banks on the reasons behind his ongoing reforms in the industry.