IMPROVE UTILIZATION OF METHODS TO PREVENT STIS AND UNINTENDED PREGNANCIES 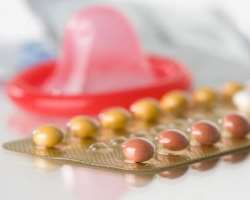 Millions of women (and men) are still unable to protect themselves from sexually transmitted infections (STIs) and prevent unintended pregnancies. Despite major thrust on research and development of new options to prevent STIs and unintended pregnancies, and efforts to expand access to existing prevention technologies, unmet need of contraception and tools to protect from STIs, is alarming.

WHY WOMEN DO NOT USE ACCESSIBLE CONTRACEPTION?
Dr Manjula Lusti-Narasimhan, Scientist, Department of Reproductive Health and Research (RHR) at WHO Geneva said "Even when women have access to modern contraceptives they do not use them. 22% of such women who had access to modern contraceptives and did not use them, cited health and side effect as reasons for not using these methods."

But some evidence-based methods such as Standard Days Method (SDM), have no side effects. Priya Jha, IRH's Country Representative in India, said in reference to Standard Days Method (SDM) that "People like it because it has no side effects. SDM is used in over 30 countries. Men support their female partners, women understand their bodies and their fertility better, and couple communication improves with SDM use." Studies have shown that use of SDM has brought in couples who had never used family planning methods before. Priya added: "95% of SDM users in Rwanda and 87% of SDM users in Jharkhand state in India were new to family planning." So may be one of the ways to increase utilization of methods to prevent STIs and unintended pregnancies might be to reduce side effects of new under-development technologies and promote evidence-based methods without any side effects as part of the expanded range of prevention options.

Noted Gynaecologist and Obstetrician Dr Sunita Mittal who is presently the Director and Head of Gynaecology and Obstetrics at Fortis Memorial Research Institute (FMRI) and a former Head of Gynaecology and Obstetrics, All India Institute of Medical Sciences (AIIMS), was right on spot with her remark: "Contraception plays an important role in women’s health. In India, family planning focusses on permanent methods such as female sterilization (tubectomy), male sterilization (vasectomy) or contraceptive pills, IUDs, condoms, among others; and old evidence-based methods such as SDM get much smaller mention. We have to expand the basket of choices for women and men to prevent unintended pregnancies. Each method has a unique clientele as no one method fits all at all the times. Women and men have their unique needs at different points of their lives and we need to expand the range of options they may choose from." Dr Mittal also reinforced Priya Jha's remark of 'overall contraceptive use had gone up with introduction of SDM' by saying that "Contraception use went up by 3.2% whenever new method is introduced."

USER PERSPECTIVE IS KEY
Martha Brady, Senior Associate, Population Council said: "Largest absolute unmet need for family planning is in South Asia." Martha noted that "If we look at user’s perspectives we realize there are four big things women want to know: does this product work? How well? Does this product cause harm to either me or my partner? Will using this product jeopardize my future fertility?"

WHY IS CONDOM USE ONLY 5%?
"Why is condom use only 5%?" asked Dr Badri N Saxena, Research Professor (Health and Population Policies), Centre for Policy Research (CPR); Chair of Microbicides Expert Group of ICMR; and President, Microbicides Society of India (MSI). It is estimated that 5-6% of adult population might be affected by STIs. There are 30 million episodes of STIs/RTIs in India, about 360 million women are at risk of develop cervical cancer and utilization of spacing methods is very low. Dr Badri Saxena said that "Unmet need has been 15-21% since last one decade." WHO estimates that numbers of new cases of curable STIs in 2008 were as follows: 105.7 million cases of Chlamydia, 106.1 million cases of Gonorrhoea, 10.6 million cases of Syphilis and more than 200 million cases of Trichomoniasis, among others.

Dr Madhulekha Bhattacharya, Professor and Head, Department of Community Health Administration, National Institute of Health and Family Welfare (NIHFW), Delhi agreed with Dr Badri Saxena on low condom use. She said that National Family Health Survey (NFHS) has shown repeatedly over the past years: condom use is hovering around 5% and failing to increase despite it being an effective multipurpose prevention option for STIs and unintended pregnancies. "It is not only making the technology available for multipurpose prevention but also having multipronged strategies in different settings to reach those women and men who need these options. We had a very simple technology, that is the condom (male and female), but till today we have not been able to make it accessible to women and men."

Perhaps CNS will not be too much off the mark to say that advocates and other stakeholders who play a key role in advancing access to specific methods to prevent STIs and/or unintended pregnancies, should collaborate more with each other as well to maximize potential areas of synergies and collective impact. There are loads of lessons to be learnt on why specific programmes worked or did not work as expected. For example although US FDA had approved female condoms in 1993, 20 years later even today they are still far from being available and more importantly accessible to common citizens in India. If we are not making evidence-based methods accessible then we might be severely limiting prevention options for those most in need.

UNMET NEED OF CONTRACEPTION IS 21.3% IN INDIA
Dr SK Sikdar, Family Planning Division, Ministry of Health and Family Welfare, Government of India said that although family planning is a core Reproductive, Maternal, Newborn and Child Health (RMNCH) intervention, "unmet need of contraception is 21.3% and contraceptive prevalence rate (CPR) is 54%." Further elaborating on current use of family planning methods, Dr Sikdar said that female sterilization was practiced by 34% but male sterilization practice was limited to 1%, pills 4%, IUD 2%, condom: 5-6% and other traditional methods 7%."

CHALLENGES IN EXPANDING CONTRACEPTION BASKET
Dr ME Khan, Senior Programme Associate and lead person on reproductive health at Population Council, highlighted other challenges in introducing and expanding prevention options such as emergency contraceptive pills (ECP) in Indian context. Dr Khan said that due to objections from some political and other interest groups, "ECP was banned in Tamil Nadu but available over the counter (OTC) in all other states of India." Perhaps public health advocates should have done a more effective job in addressing to concerns of those against ECP. Not surprisingly, a news published in The Times of India a year after the ban on ECP in Tamil Nadu reported rise in abortions. Dr Khan suggested that engaging political and other interest groups in such public health and gender justice interventions is very important.

Dr Khan highlighted another challenge: logistics, especially in public sector. "Procurement process is often cumbersome. The gap between first and second supply of ECP was three years: how are healthcare workers supposed to remember their training for such a long period when ECP supply is not consistent?"

Speaking on innovative health communications Dr Khan rightly pointed out that conventional media such as radio, TV or print (and online) does not reach 2/3rd of female population in Indian states such as UP and Bihar.

STANDARD DAYS METHOD - SDM
Dr Douglas Huber, a senior reproductive health specialist who has served as expert on international committees for the WHO and the International Planned Parenthood Federation, and was a founding organizer of the Emergency Contraception Consortium and of the Post-abortion Care Consortium (PAC) was the guest speaker at the recently held Clinical and Programmatic Guidance on the Standard Days Method. "Sometimes we forget to do simple things, SDM fits in this category" said Dr Huber. Despite strong evidence to support SDM as one of the methods in the 'basket of prevention options' for unintended pregnancies, it is yet to receive the political and programmatic mandate from the government. Hope governments of countries such as India recognize the evidence in favour of SDM. Results of an efficacy study published in 2002, showed SDM to be more than 95 percent effective with correct use and 88 ercent effective with typical use, well within range of other user-dependent methods.

ENGAGING MEN
Dr Rebecka Lundgren, Deputy Director, IRH in Washington DC, emphasized upon another very important (and often weak link) in family planning initiatives: engaging men. Many prevention options to protect against STIs and unintended pregnancies need cooperation of both male and female partners. Since gender based inequalities and discrimination severely jeopardizes access to prevention options for STIs and unintended pregnancies, sensitizing male partners become all the more critical. It also increases couple communication on issues related to family planning and STIs. Dr Rebecka Lundgren stressed upon sensitizing providers, providing counselling for men and couples, recruiting and building competencies of male outreach workers, addressing partner issues with men, among others. Engaging men has been a priority in SDM related interventions of IRH. Only 2% of husbands were not involved in Jharkhand state of India as reported by women in SDM related studies done by IRH. Dr Rebecka also spoke about innovative ways to reach out to women and men by using technologies such as mobile (mHealth) or internet (iCycleBeads is a downloadable smartphone application).

BIRTHS AVERTED MORE WITH SDM USE
Dr Rebecka said that absolute numbers of unintended births averted were more with SDM use than with condom or oral contraceptive pill (OCP) use. With supportive study data from within India, government programme should not delay including SDM as one of the ways women and men can prevent unintended pregnancies.